I'm gutted of couse, but well done to South Africa for a fabulous and very well deserved win! They came off the blocks firing on all cylinders - and we didn't! It didn't help that poor Kyle Sinckler got knocked out after just three minutes on the pitch but that's the nature of the game, and luckily he is apparently now ok. I suppose it was a lot to ask to beat Australia one week, New Zealand the next and then South Africa the following, but either way South Africa thoroughly deserved to win! 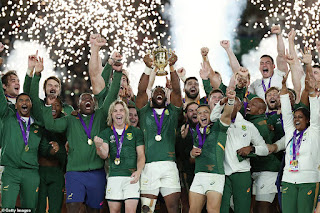 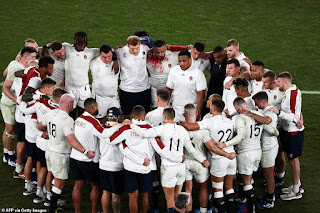 As a footnote, I guess it's a mark of how far South Africa has come in that they had their first black captain, who just happens to have a white wife! Just think how few years ago that alone would not have been possible! Progress, finally!
Posted by Treaders at 14:20