As I said yesterday, every so often I see a story in the newspaper or on TV and I think "oh I must write about that" and then I end up getting side-tracked. But this story I felt I just had to write about - however late in the day - because I found it so touching!

The Prince's Trust was started by Prince Charles in 1976 "to help vulnerable young people get their lives on track. It supports 11 to 30-year-olds who are unemployed and those struggling at school and at risk of exclusion." They have various programmes to assist young people to get back into the work force, start their own businesses or just get their lives back on track!

One of the young men helped by The Prince's Trust was a young man from Birmingham named Hezron Brown. When he was just five years old he fell into a bath of boiling water, burning himself badly. In her panic his mother ripped his T-shirt off him and ended up stripping the right side of his torso of most of his skin. This was the trigger for bullying to start at school, which he "dealt with" with outbursts of violence and anger. He fought constantly with his mom, she would kick him out and then take him back, until eventually, at the age of 13, she kicked him out for good. He stayed with his sister for a while and then ended up homeless, before falling in with local gangs where he "experienced the camaraderie and friendship which was missing in his life"! Things spiralled out of control, with him managing one time to outrun a group of about 30 armed gang members who wanted to "do him in" by virtue of the simple fact that he was in the wrong post code area!!! That was when he realized he was on the road to a life (and possibly death) of violence and crime! He was eventually arrested for robbery but, swayed by the encouraging report of his social worker, the judge decided to "give him a second chance".

Through The Prince's Trust he was able to get a job at Birmingham Repertory Theatre and then went on to work at the National Citizen Service as a youth worker and motivational speaker, encouraging kids to take a path in life other than that offered by gangs!

Earlier this year he was told that the media would like to interview him about his motivational speaker role, with the interview to take place at Prince Charles' home at Highgrove. While they were setting up the cameras there was a knock at the door and Prince Charles walked in - and informed Hezron that he had won the Young Achiever of the Year Award! Well to say he was shocked would be an understatement. He was stunned, shook Prince Charles' hand and had to keep wiping away the tears. He was later interviewed by Sky News and proved to be an articulate and eloquent young man - a real pleasure to listen to - and hopefully a motivation for other young people who maybe haven't had the best start in life to take the right path! It was a story that moved me greatly, and I just hope that he and his mother made up and are in each other's lives again! And kudos to the judge that gave him a second chance! What a lovely young man he turned into! 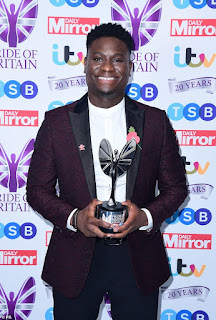 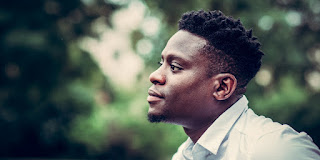