Cor blimey the weather is bloody miserable at the moment. Weirdly miserable, like a glorious sunny morning and then pelting down rain, but then I guess it is only the beginning of March isn't it! Beginning of March!!!! Good Lord, where have the weeks gone? It seems like only yesterday it was Christmas doesn't it! So what's new? Not a lot really, I suppose.

As today was a day for doing not much of anything, I was sitting on the sofa in my tv room reading when (yet another) overhead light blew. I have eight inset lights in that room and by the time this latest one went that made four out of commission so I reckoned I had better get the step ladder out and start "fixin'"! When I pulled the fittings down I got absolutely dumped on by a pile of par-grilled dead bugs (wasps mainly) stuck in and around the inner light fittings. Lovely! I reckoned those bugs were what was giving off the occasional burning "whiff", but when I pulled out one of the fittings it turns out the transformer was quite severely burned also! So I went to the DIY store for a new transformer and when the lady looked at my burnt-out one she said "I" (as if I had installed them) had been using too powerful lightbulbs (i.e. over 60w), which was too powerful for the transformer, hence it burned out rather than starting a fire!!! Yikes! Anyway, my ex husband's personal philosophy seems to have been "why buy one when you can buy 100 - and you can worry about where you store them later", so while I had tons of the appropriate light bulbs I had to look through them all to find replacement bulbs which were less powerful than 60w. In the end I got five of the six bulbs replaced and reinstalled into the ceiling. I couldn't do the last one as it is over the stairwell and there's no way I could get up there, but at least it's slightly lighter to read by now!

Anyway, while I was sitting there reading up on French kings and current Ministers (oh joy of joys) I heard a tremendous, metallic bang, followed a couple of minutes later by another one. So I went out onto my external balcony to find it covered with about 50 large white feathers - and a long trail of blood and guts. I reckon a kestrel must have taken a fancy to a smaller bird which happened to be sitting on my balcony, and the "bang" was the result of the ensuing fight for life. I never found a body so I'm assuming the kestrel won. So now I just have to wipe up the blood and guts. And they say a woman's work is never done right!

On Saturday night, instead of our usual board game evening 11 of us decided to go to an Escape Room near here. Six of us took on the Flying Dutchman enigma and it was pretty good - my first ever attempt. I'm not very good as I really didn't know what to expect but between us we managed to guess all the clues and were able to deliver the golden skull back to Captain Davy Jones!

The other five managed to complete a trickier enigma called Arkham, after which we all met up in the main hall. They had it set up pretty nice in that they had board games we could play while we were sitting there having a drink and snacks, before heading just up the road for Asian food at a new-to-me restaurant, and very nice it was too! 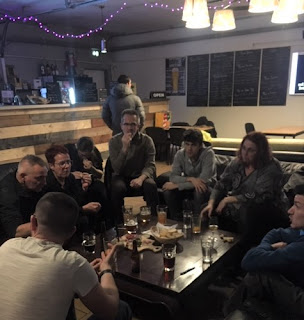 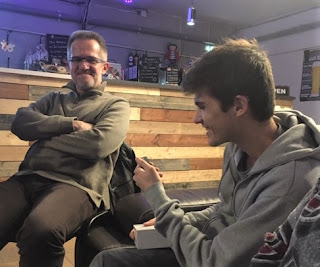 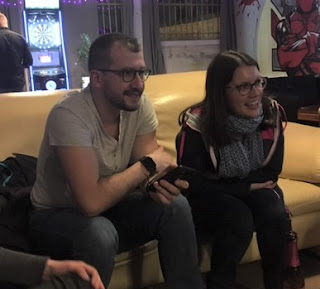 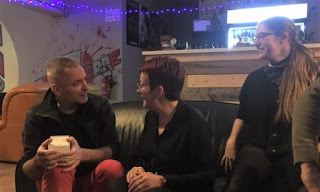 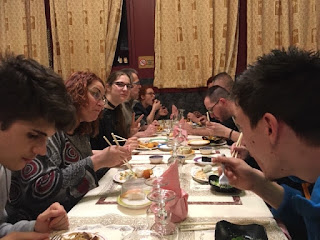 Then on Sunday I went to see Judy with my lovely (non-flying) Dutchman. I've always liked Renée Zellwegger as she really can act (I mean, who wouldn't fall in love with Bridget Jones, right)! She also did an amazing job of transforming herself physically into Judy Garland, with all the mannerisms and gestures. I thought she was wonderful. Towards the end I looked at the Dutchman and his eyes were "leaking" profusely! Soppy ol' sod, but at least he enjoyed it. It was odd though because Judy has only just come out over here and I would say the cinema was only about one-quarter full - a consequence, no doubt, of concerns about the coronavirus. Scary stuff, not so much the virus itself, but seeing the effect it seems to be having on businesses and, indeed, the stock market and how it's all interconnected!

And finally, I was sorry to learn this morning that "Mayor Pete" has dropped out of the race to be the Democratic nominee in the US - but I think it was the right thing to do. The Dems all need to get behind one candidate if they are to have a chance to take down Trump! It'd be nice to see him as VP candidate though - a class act indeed, and I suspect not the last we'll be seeing of Mayor Pete!
Posted by Treaders at 22:06