Like most people, I guess, I'm tired of thinking about the coronavirus. And yet .... and yet, we really do have to keep up with it don't we. It's such a big thing that it would be foolish not to. That being said, I don't see the point of going into total panic (at least not where I am) and having sleepless nights about it. As I said yesterday, all of France is in partial lockdown as from Monday but (so far) it's still not total lockdown, as in parts of Italy. Frankly I would hate that as I know I would get cabin fever if I couldn't go out, but needs must I suppose. I remember when my oldest was born in the States, I came home on the second day and was told to keep him indoors for about 10 days. Well I couldn't do that. Cabin fever - being told I couldn't go out - meant that I took him out almost immediately. Not far and not to crowded areas, but once someone told me I couldn't do something that was it. I suppose if we do go to total lockdown I'll have no choice, but so far so good! I made the mistake last night of watching Trump's speech in which he declared a state of national emergency. Two things struck me - it would seem that nobody ever taught the guy to read aloud because although he was reading from a script half the time it was difficult to understand what he was saying as reading aloud involves, you know, a certain fluidity to your speech so that people can follow what you're saying doesn't it. But the biggest thing that bothered me were the two "nodding dogs" at the back. You know those nodding dogs that you used to see in people's cars? Well Pence and the blond woman (sorry, I've no idea who she is) kept nodding sagely at everything he said like they were hanging on to pearls of wisdom and I find it kinda weird that my only take from it was the nodding dogs! 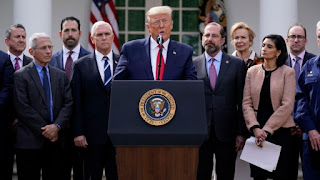 Today I received word that my Tuesday afternoon yoga classes have been cancelled "until further notice" - which probably isn't a bad thing as maybe that will give the teacher a chance to claw back some mental sanity - I don't know. The next cancellation was my Italian classes. They're now cancelled until 30 April, and since my teacher was also off sick for a month recently I think I'm totally screwed for hooking up with a sexy Italian, given that the sum total of my Italian conversation at the moment would seem to be "at what time does the train to Milan leave?" (Side note, the answer to that question is probably "not at all at the moment"!).

So yesterday I decided to take a walk up in the mountains as the weather was half-way decent and I needed the fresh air. On the way up there I stopped off at a new-to-me store called Fresh which, as the name would suggest, sells only fresh goods, but by golly it was a great place. The meat, cheese and produce looked wonderful and was cheaper than my local haunts, so I might be doing my main shopping there for the duration of the market closures! 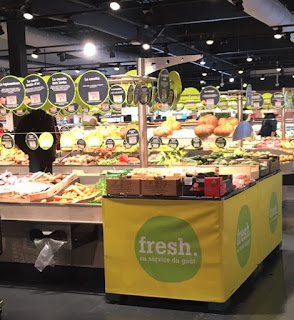 After that I headed up to the Lac Vert for a little wander and it really was lovely. It's a very small green lake (as the name suggests) but stunningly pretty, although I couldn't get good pictures on my phone so had to use google images to show you. As an aside, the last time I went up here was about 20 years ago with my friend's parents. I was walking round the lake behind her mom when she unfortunately let out a rather loud fart. I didn't want to embarrass her so didn't react, but when we got back to the cars she leaned over to me and in her rather posh English accent thanked me for pretending not to hear! Ah, I love her mom! 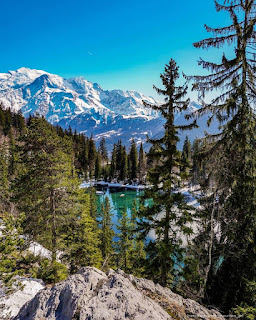 As I haven't been up there for years I wasn't sure I was on the right road so I stopped part way up to check. When I pulled over I noticed a book on a bench in the layby and went over to have a look, thinking that someone had forgotten it. But no, someone had left a bible there. It seemed in reasonable shape when I took a look at it but I don't suppose it will stay dry for long. It was a nice touch though! 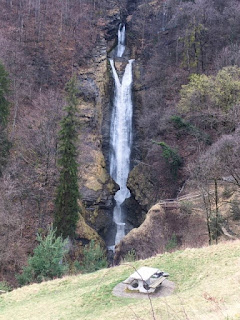 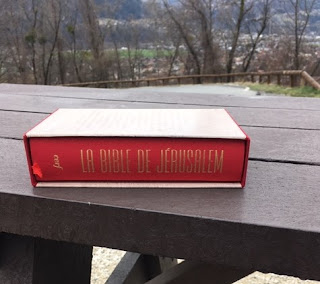 As I was driving back I got a text message from my eldest asking if I was ok as he had heard things were "rough" in Europe! When I said I was fine but where was he he told me that he and his wife were in Thailand and worried about closed borders when it came to coming back. Said they were keeping up-to-date with the Swiss Government information site since the Swiss are effectively closing their borders to non-essential travellers right now! And I didn't even know the little bugger was away! When he told me to stock up just in case I just laughed as I can usually feed an army even on a normal day so I told him not to worry! Add to that that my sister is currently in Spain and wondering if they will be allowed to leave on Friday it's all go at the moment. At least they have no worries about where to stay if they get stuck because they are staying in the small home they own out there!

And I note with satisfaction that Weinstein finally got his come-uppance. 23 years!!! Yes!!! While some people will say many of these women used his advances to further their careers there is no doubt in my mind that 100 women accusing this guy proves that the jury made the right decision, so I, for one, am glad (and surprised) to see him go down. These rich, powerful guys think they're invincible - and it's a good day when the little people fight back and win. Actually, many moons ago, I worked for a company where one of the top guys was an evil, narcissistic bastard. He treated everyone - in particular the "little people" - like shit and it was a happy day for all of us when he retired. Buuuut, about 10 years later HR received a letter from him. He had been diagnosed with a terminal illness and in this letter (if I remember right) he almost apologized for his behaviour. I say "almost" because I can't remember the exact wording of it, but maybe - just maybe - it was an act of contrition on his part. At the time I just blanked my mind out to it because I didn't even want to think about him as he had been such a nasty, evil piece of work. Now, many years later and maybe with hindsight and compassion on my side, I can try to see it as an apology rather than the last ditch, "save my soul" bid of a nasty dying man. Who knows, although I doubt anyone will feel that way about Weinstein, even though his lawyer tried to get him off with just five years because he is a "sick man". His "illness" didn't stop him abusing his power at the time did it!

And finally, I had so many plans for today and basically did bugger all. I mentioned before that I completed Dry January and basically just kept going. I think I've had maybe four glasses of wine (and a rum punch) since December, but today I felt like just doing nothing so I sat outside for a while in my back garden just looking at the mountains and opened a bottle of wine, just for the hell of it. And you know what, listening to the Gipsy Kings with a glass of wine was just magic and all seemed well with the world - even if it wasn't!