About an hour ago President Macron went on TV to announce that as from Monday all nurseries, schools, colleges and universities will be closed until further notice. They are now also looking at closing borders and Haute Savoie (where I live) is one of four regions where free movement will be severely restricted. He has asked over 70s, in particular, to stay home as much as possible and assured people/businesses that the State will pick up the tab when people are unable to work. So now we know!

I went to pilates this morning and was somewhat surprised to see that the market was on as I had thought that markets were being closed down for the duration. That being said, I understand that markets in Haute Savoie will, indeed, be stopped as from Monday. Those poor people - can you imagine being prevented from making a living "until further notice"! There were far fewer people at the market than usual but at least it was on today. After that I went grocery shopping and I have to say I didn't really notice any shortages. Plenty of tp, maybe slightly less well-stocked shelves of rice, pasta and couscous, but not really anything that noticeable!

On a whim I looked up the exchange rate and sure enough the Swiss franc is starting to soar as in times of crisis other currencies traditionally take refuge in the Swiss franc. It's now at it's highest level against the euro in decades (SF 1.05/€1 right now) and US$1 will now only get you 0.94 Swiss francs. To give you an idea, when we got married my ex was paid in US$ and at the time it would have bought him SF 2.50!!! Even if you never leave your home country such roller-coaster rides in currencies makes a helluva difference. For me, for instance, since my pension is paid in Swiss francs, I will make more money when I change it into euros. But it makes Swiss exports and tourism more expensive, and imports into Switzerland cheaper. The downside of the strong Swiss franc is that interest rates on savings in Swiss francs are negative (and have been for quite some time). So you're actually paying the bank to keep your Swissies safe!! What a mess this whole situation is, but ultimately I'm sure this lockdown is probably the right thing to do. I'm just glad I don't have any travel plans!

That being said, yet again I can only say how relieved I am that I no longer have to worry about work and day care. Others, sadly, are not so lucky. So with that in mind I am going to use this "free" time to try to get in more exercise/walking, as well as more sorting, decluttering and sewing as the weather is supposed to pick up (hopefully). At this point I'm not even sure if our yoga classes/sewing club will be allowed to meet as from Monday. What can I say! Hang in there everyone and stay safe! 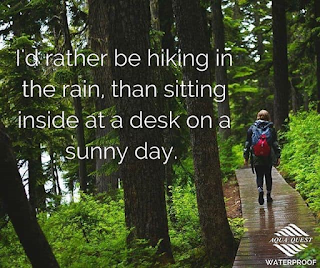