Jen had mentioned last week about us going out walking today if the weather was nice - which it is! It's still lovely here at the moment, which I guess is payback for all the rain we had in December. Anyway, she called last night to confirm and then sent me a message this morning to say they would be over around 1 p.m. to head up the mountain to Grand Bornand as they wanted to go skating. At this point I was a bit "blah" - not too enthused about getting all trussed up in long johns and such, but then I picked up my phone and saw that I had seemingly only taken 24 steps this morning!!! Now I'm pretty sure the distance from the couch to the bathroom is about 30 steps and I don't remember having an accident so I reckon I clocked up so few steps because I don't keep my phone on me all the time unless I'm out. But, that was just enough of a kick up the backside for me to start getting ready to go out. "Getting ready" involved making tuna/mayo sandwiches, since we'd decided to take a picnic lunch, and then making lentil soup and a quiche for tonight. I also took cold drinks and a couple of thermos flasks of hot water so we could have hot tea up there - and it's all just as well really because there wasn't very much open. I guess the lack of snow meant that many of the locals didn't bother going up there skiing for the day, although the paragliders and walkers seemed to be making the most of it!

Anyway, by 2 p.m. we were up at Grand Bornand, which is only about 10 minutes away from my favourite ski resort of La Clusaz. It's been years since I've been to Grand Bornand so it was lovely to visit again and see how pretty it is! 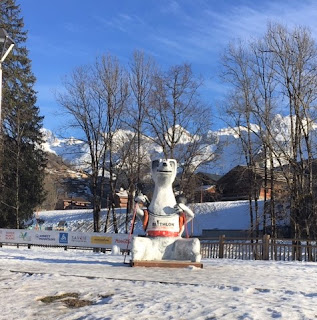 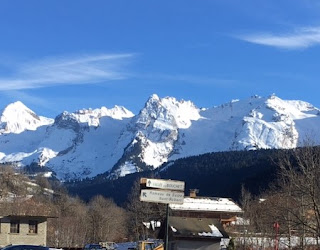 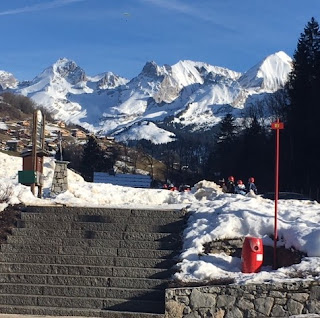 One thing I must remember to do next time though is take my ski poles as it was really slippery in the shaded areas. After a quick walk around the village the kids decided to go ice-skating and as the rink was pretty empty I think they enjoyed it. I haven't skated since I was a kid so decided to give it a miss and go on another walk by myself. 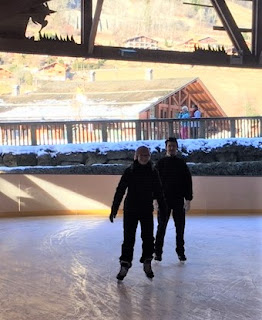 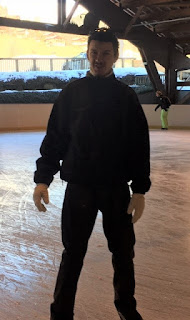 Again I didn't get much mileage in but having signed up for the 1,000 mile challenge I now have 40 km more walking in since the start of the year than I would otherwise, so I guess that's a positive!

In other news when I went to my friend's the other day she was making clementine kombucha and it was pretty nice. I looked up how to make it but it seems a bit of a faff to me so I picked some up at the health food store the other day and it was really good. It tastes a bit like cider but without the alcoholic kick and is really refreshing. So that's a definite hit for my shopping list until I decide to give it a try myself (although I'm not sure that'll ever happen, to be honest)!

And finally my car goes in to the garage tomorrow for a week to repair the damage done when I hit the wild boar before Christmas. Well technically he hit me but since his insurance wasn't up-to-date my insurance will be picking up the tab! They will lend me a car for the duration (an old beater I expect) so I won't be driving into Geneva this week and will probably do fewer miles than I usually do, but it will be good to get my car repaired as there was more damage than was initially visible. Oh well, I guess that's the way it goes sometimes isn't it!
Posted by Treaders at 17:47