The calm before the storm!

On Friday my friend invited a group of 10 of us over to her place for lunch - a semi-annual tradition it now seems. She is a wonderful cook and she and her husband are gracious hosts. Add to that the fact that their son is a professional pastry chef, I'm sure you can imagine just how good everything was. But boy was it hot! We were in the shade but even so it was still stifling! For the most part we were all retired friends from work, with just two of those present not yet retired - although soon to be doing so. Obviously the chat was (mostly) about work, but we managed to squeeze an awful lot of politics into the afternoon too! 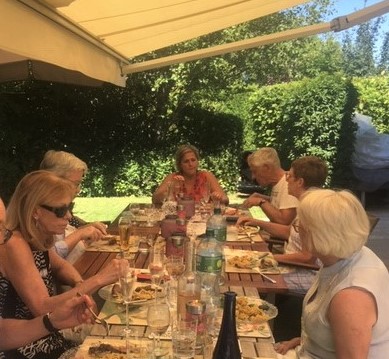 Next morning, however, I had a stonking headache which I put down to the heat 'cos I only had one glass of wine, what with having to drive. So I took a couple of aspirin and almost immediately I had some kind of reaction to it, something I've never had before. All of a sudden someone seemed to have turned the faucet on in my nose and I couldn't stop sneezing or blowing my nose. Seriously, I must have had to blow my nose 100 times in 24 hours, but I guess at least with my red nose there could be a job for me at Christmas. To me I wasn't "ill" in the sense of getting sick, more like an allergy to something (which I get quite frequently) but the bloody thing went on all day and was really tiring!

On Saturday I wanted to go out to buy some sports clothes in the sales because (don't laugh) I really am going to sign up to the local gym come September and my "exercise clothes" really are pretty shabby. Trouble was, while I was in the sports shop I had to keep pulling my mask down every couple of minutes to blow my nose. It must have looked really "weird" to anyone who noticed me, but I tried to take myself away from other people, even though I knew I wasn't "sick" in the sense of covid, but more "sick" in the sense of allergies. Still, I was glad to make my purchase and get out of there pretty quickly!

Anyway, I've signed up for an online exercise coaching programme and in addition to filling out a questionnaire, one of the things they ask you to do is try three simple exercises so they can gauge where to start you off. Ha, I could have told them absolute beginner without going to that trouble, but I did the three tests anyway with predictable results! 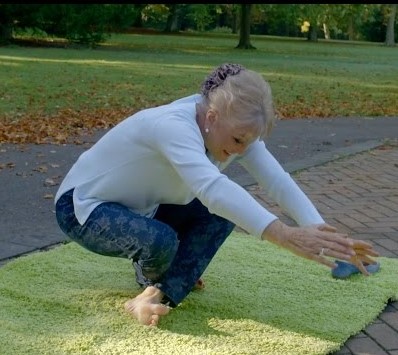 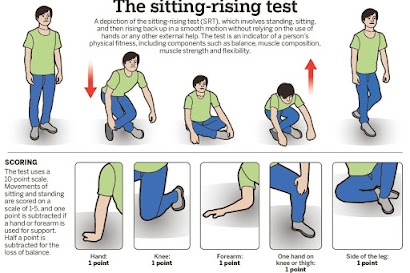 The first test was about sitting and rising from a seated position without using your hands or knees! It's harder than it looks and for every hand/knee you use you lose a point, counting down from 10. I managed an eight so not exactly great!

The second test was the stand/sit exercise using a chair. Not at all difficult of course, but depending on your age you should do X number of repetitions in 30 seconds. This one, oddly enough, I sailed through. It's an indication of leg strength (apparently) so I was glad to know one part of me was working fairly well! 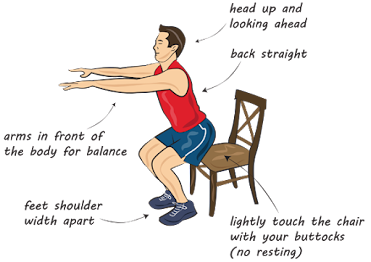 The final test was the burpee. I don't think I need to go into any great detail to let you know how I scored on that one. A resounding zero! So as you can see, I'm going to have my work cut out for me. On the plus side, from here on in, the only way truly is up! 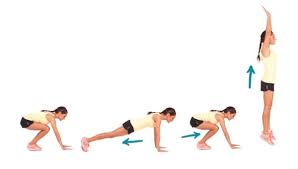 The programme starts on 17 August and lasts for 12 weeks so we'll see how that works out - or more precisely, if I can stick to it (for once)!

Having logged my walking this week I've somehow managed to get up to 675 miles in 2020, which is something of a miracle, all things considered. However, seeing the posts on FB from the walking group some of the people in the group are clocking up some amazing distances even now. One man named Richard posted that he had started his walking on 2 January (1 January being his wife's birthday and party time), and in that time he has clocked up 2,000 miles and lost five stone (70 lb)! He posted it on FB so I hope he won't mind my reposting it here. Well done Richard, you're pretty darn inspirational!

All the above notwithstanding, I did bugger all today except lie in my paddling pool reading for about an hour and then spend the rest of the time on the sunbed in the shade. So not many miles achieved today (or for the next few days I imagine). Still, the heat can't go on for ever can it!