I had a few days at the beginning of the week that just knocked me off my feet. It was the heat most likely but I felt inclined to do absolutely nothing - so that's what I did! I pretty much just lay on the sofa and read for two days - which is fine, of course, but then I get so mad at myself because I don't want to become that couch potato. Of course in reality I know (God willing) I never will become that couch potato, but while I'm in that funk I hate it. Maybe the trick is just to learn to accept it for what it is - just my body saying "hey I've had enough of this heat", or maybe "I'm tired so give me a break". Anyway, this is what I felt like: 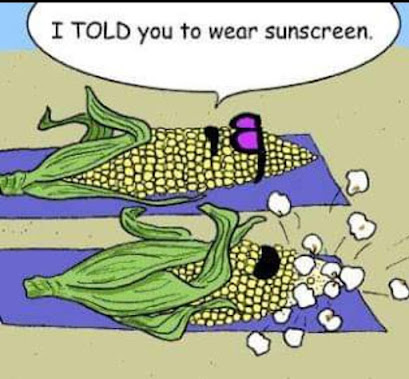 Still, it only takes a couple of days and I seem to be back up and running, despite the ongoing 36°C (96°F) heat! I suppose I do get more done than I realize because yesterday I did my shopping and then cleaned the entire house (it's not exactly deep cleaning though so don't look too closely). Then I did the washing and changed my bed so yep I guess I do achieve more than I think averaged out over the week. Today I had to go down to the bank to sign for my power of attorney over our Homeowners' Association's accounts, and then I ran to the DIY place as I wanted to pick up "sealant" strips for my windows and doors. It seems everywhere I look I see something that needs to be repaired, and at the moment it's the slightly rotting strips that actually seal my windows and doors. Not surprising really I suppose as I reckon the windows are probably 20 years old! And then of course the TV went on the blink for a couple of days, and while I really can "take it or leave it", I would at least like it to work occasionally. I've finally learned to just "leave it" though when things start getting to me and so a couple of days ago I had a eureka moment and figured out that it was actually the plug to the digibox that had had it. I buy my digibox from the UK so I need a British plug and that had started to go wobbly in the French adaptor. Once I fished out another UK/France adaptor and tried that it was "Bob's your uncle" and now it's all working again. Ya see, we women can do these things!

The computer is really my weakness, so I'm trying to discipline myself to just read the news and my emails in the mornings and not go down the rabbit hole of blogs/Youtube/US elections until the evening. I have to admit I really do get fed up with the US elections (and the UK elections of course) because they drag on so long, so in the past I've maybe watched a little of what's going on and then just left it. But this time, I've been glued to it and I'm sure you can all guess why. Now putting the politics aside (if that's even possible), I can always agree to disagree on matters of politics. Where my eyes are still popping out of my head and jaw hitting the ground is Trump. And not Trump from the point of view of being a Republican president. No, like I said, I can remove myself from that part. It's the spectacle of such an absolute rampant frickin' malignant narcissist that I'm glued to!

I've mentioned before that having had the misfortune to work for an incompetent batshit crazy malignant narc bitch (I think that just about covered all bases), I became fascinated by narcs and subsequently read up so much on them. That being so, Trump still has my eyes popping out on stalks! So I end up going down the rabbit hole of watching The Packman Show, or Trevor Noah, or Jimmy Fallon and staying up half the night. By the way, if anyone is interested, Fallon did the most wonderful Youtube video dressed up as Trump doing a make-up tutorial. It's brilliant! It's almost on a par with the former Italian PM's "somewhat unfortunate" plastic surgery attempts!

So trying to leave Trump out of it (because I want to get some sleep), I have to say how absolutely impressed I am by Biden's pick of Kamala Harris for VP. That woman is impressive! I watched her putting questions to Barr, who "couldn't remember if anyone in the White House had asked/suggested/hinted that he might like to make contact with Russia", and Kavanaugh who "couldn't think of a single law currently in existence which allowed women to make decisions over men's bodies"! Like I say, I loved it and will be really keen to see how she gets on - I'm sure she'll more than hold her own! As did Anderson Cooper recently with Mike Lindell of Mypillows fame. Well actually he wiped the floor with him, calling him a "snake oil salesman" on more than one occasion. Damn it was good to watch!

And moving swiftly on to other news, tomorrow I think it's supposed to rain and be a little cooler, so I'm contemplating trying to get some real walking in again if I can be bothered. Well, that's what I was thinking until I saw these two pictures posted on my walking group's FB page. So shame on me if I don't get out there tomorrow! 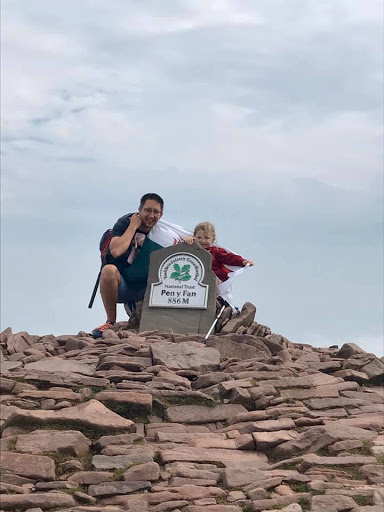 Mom posted pictures and a video of her sweet four-year-old daughter walking all the way up Pen y Fan mountain in Wales. She got so many comments on FB that she said she was somewhat overwhelmed - and her sweet little girl was delighted!

And then another older lady posted this picture of her and her friend out walking the other day. So like I said, shame on me if I don't get out there! 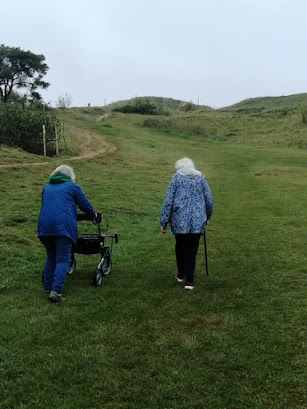 And finally (God I don't half rattle on don't I - you can tell I live alone can't you), as I was doing some paperwork today it got so hot that I decided to switch the column fan on while I was working. Well that is until I took a closer look at it. Damn, I know no-one has slept in that room for a while but the dust - I swear if I had left it on for long they would have found me rolling around like a tumbleweed somewhere out in the back garden!

So I was inspired to start doing this out on my balcony where I'd had the foresight to install a table, chair and sun umbrella. Actually why no-one uses their balcony is beyond me but .... So I took out all the screws but even then couldn't get the casing apart so had to go back to digging around with a screwdriver and toothbrush. And then I had the second inspired idea of getting the pressurized air can out - you know, the one you use to clean the dust off your computer keyboard - and all hell let loose!

What maybe wasn't such an inspired idea was standing "down wind" while I was doing it, having just got out the shower and applied copious amounts of body lotion. As it was flying out it started sticking to my face and body so I ended up looking like The Amazing Bearded Woman! On a side note, we actually had a bearded woman who lived near us when I was a kid and her name really was Mrs. Skull - but that's a story for another day -  I'm off to get another shower! 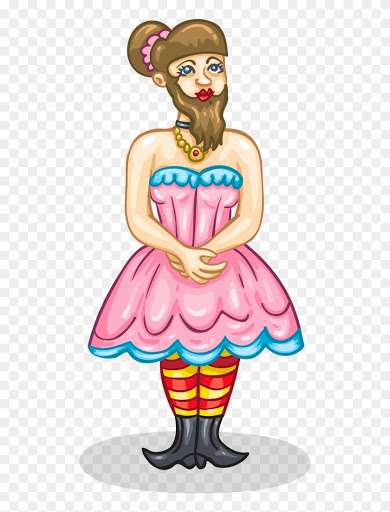