Or at least that's what I heard. Jen had called me a couple of days ago to have lunch with them today so I tootled off over to St. Jeoire to be there by 12, which is the time I usually have lunch with André. Turns out they were in the middle of a game of "Big Mouth" so we had time for them to kill before our 12.30 reservation!
It's a game we have played before where you put a plastic mouth shield in your mouth and try to say a sentence and your team mates have to guess it. Well André was in full flow when I got there and absolutely doubled up. It was lovely to see actually, given how rotten his life must have seemed to him lately! 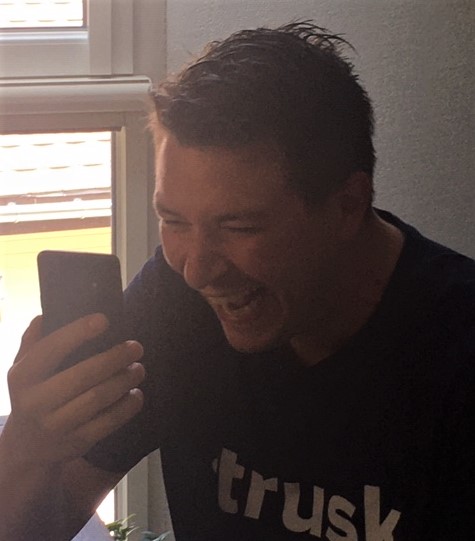 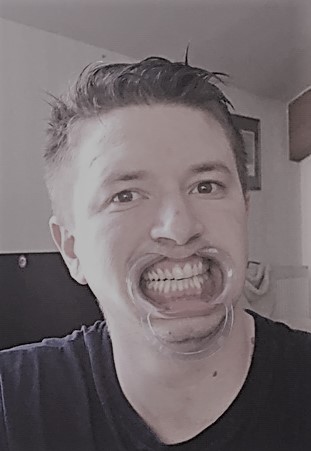 Anyway they then decided I had to have a go - which went ok but really - weren't we due at the restaurant soon? Ok soon, but Jordan had to finish up - so I got this! 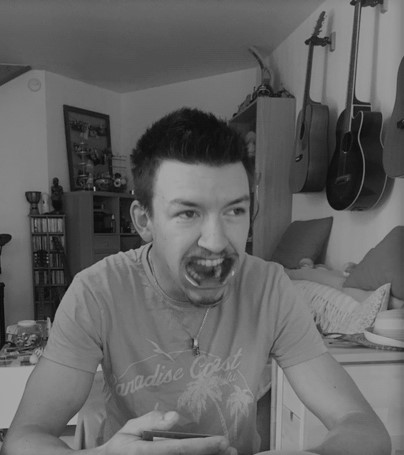 And what was I supposed to guess from?
"on avi eh a et ami"! So no bloody clue right! I went back and forth and am thinking privately (when are we going to head out for lunch)?
So I get on avi (en avril - in April)
"eh a et ami" (je vais être) and then I couldn't get "ami". We kept going back and forth and I still couldn't get it. It did cross my mind that it was weird that André was filming me when it was Jordan that had the plastic doo-dads in his mouth, but ... what can I say! Eventually I came up with "en avril je vais être mamie" -  which means "in April I will be a grandma"! The buggers. I held it in as best as I could but dammit, I blubbed a little. The funniest thing was it was André who seemed to be the most excited. Well Jen was of course, but Jordan is a worrier so André was all hyped up and Jordan was well, "oh damn what have I done?". But I'm delighted. It's early days yet but I knew it was coming at some point (God willing). But damn, I'm ready to explode I'm so happy! 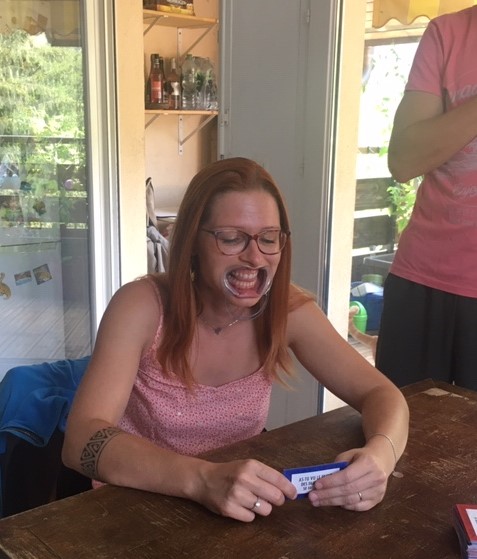 Because she's so tiny Jen is already starting to show - and is already starting with nausea. Damn I remember that with my first - on the metro in D.C. with a plastic bag in my hand trying not to disgust the yuppie lawyer sat next to me by barfing in his lap. Fingers crossed that all goes well. I'm fit to explode with happiness!
And just to illustrate my happiness, a member of my 1,000 miles in 2020 group posted this photo of him skipping with his granddaughter - a real "Eric and Ernie moment"! "Bring me sunshine ..."! 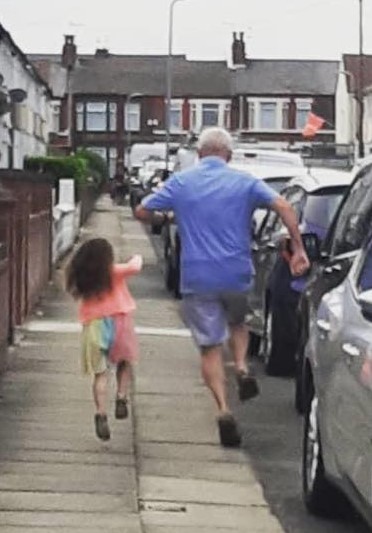