Well what crappy weather we've been having! Rain, rain and more rain! I put four large buckets outside on my garden wall to catch rainwater and they were all full to the brim in just a couple of days! I suppose it's probably a good thing a group of us neighbours decided a couple of years ago to dig up part of our back gardens and put in large drainage pipes to channel the underground springs away from our homes as this is exactly the kind of weather that gets homes (usually our basements) flooded! But even though as a Brit I generally don't mind the rain, even I'm ready for it to go away now!

Other than that, what's new! Not a lot really. I was on a bit of a roll last week and got a lot done by my new "retired person" standards. I had a bunch of stuff I wanted to take to Emmaus, which is the big charity organization in France, but I had never gotten round to finding out exactly where the drop off point is. So last Monday I punched their address into my GPS and took a whole load of stuff over there - only thing is, it doesn't look like I got rid of anything when I go back down into my basement! It's weird how those little gremlins move in overnight and fill up the empty space you've just made isn't it! Still, it's a start! And funnily enough my friend must have had the same idea the same day and I found out that she was there just before me! Now she was donating some nice stuff and it got me to thinking that for young couples starting out you could pick up some very nice stuff second-hand if you were prepared to look around!

And talking of "starting out", on Saturday we held our latest board game evening at my neighbours' house. We were quite a few down on our normal numbers but my son and his new wife were there and they told me that they had been to look at a two-bedroomed apartment for sale just down the valley from them. It seemed to be in pretty good condition and they were going to see if they could negotiate the price down a little and put in an offer. The only thing that worried them was that what with the wedding and the down payment on the apartment their savings would be wiped out! And man I know how that feels because on 26 April those "greedy bankers" wiped out my nice, healthy bank balance and took the final payment on my house! About $100,000 - so I'm down to bread and gruel from now on but at least the house is all mine! Well actually this is the second time this house has been "all mine" because my husband and I had it paid off about 15 years ago - and then he decided to go AWOL and buggered off with his fat-ankled skank (it didn't last - I mean, who couldn't have seen that coming)! Not that I'm complaining about that but having to buy him out means I've actually paid off this house twice now. But at least this time it's all mine and only mine! Yay me! 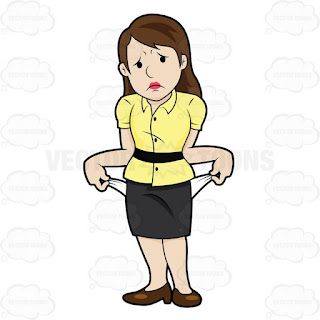 Oh and here's another weird thing! I read quite a few blogs and one of the "blogging ladies" mentioned one time how creepy (usually married) guys often start up games of Words With Friends on Facebook to try to pick up women!!! Say what! I play Words With Friends with a few people I don't know, including one chappie in New York who sends me silly jokes from time to time. Other than him, if I don't know the person I don't communicate, just play. It's all women anyway as far as I can see, although one lady did play the word "fart" once and then sent me a message saying "sorry about that". I just sent her a "no worries" back! Well this person with a very "gender ambiguous" name asked me to play a game. There was a very blurred photo attached to the request and it seemed to be a woman, with a man behind her with his arms around her, so I just assumed it was the woman. Well no it wasn't, it was the guy! Not that that's a problem at all but I have to say that as the picture was pretty blurred it was hard to make out much of his appearance! Anyway, after playing a couple of words he sent me a message asking where I was. I told him France and he told me he was in Texas. A couple of moves later and he sends me another message asking for my email address so "we can get to know each other better!" Say what!!! Why would I be wanting to get to know you better? So I told him that wouldn't be necessary and it was fine by me if he didn't want to play again. He's come back and played a couple of words with a few inane comments thrown in but it's pretty much dead now. But what a creep! When I mentioned it on this web site somebody said that she ended up receiving unsolicited "dick picks" that way (sorry to use that expression but that's the way she put it!) Crikey, I wonder if his real name is Anthony Weiner! Anyway, I guess you're never too old to learn are you!

Other than that, what's new? Well I went to a rather fancy health club the other week to have a look around thinking that I need to get back to some regular form of exercise and was looking to avoid having that long drive into Geneva to use the gym at work. I looked at a couple of gyms here in town but they weren't up to much but this place was really luxurious. Like really nice! Trouble is, it was also pretty expensive and to make it worthwhile I knew I had to really commit to going two to three times a week. For once I did the right thing and decided to sleep on it - and in the end I decided not to go for it (yet). For the time being at least, I think I'll stick with walking at least once a week, yoga on Tuesdays and the work's gym on Wednesdays. After yoga yesterday I asked the young (replacement) teacher if she gave other classes in the area as I really enjoy her classes. She told me that as from next "term" (September) she will have a room available to her here in the local area so I think I might sign up to a couple of times a week with her from then on. It isn't particularly dynamic yoga (or at least it doesn't seem like it) but by gosh I feel wonderful when I come out of there! Then I might sign up for a Monday afternoon pilates class at the local community centre when they start up again in September as hopefully by then I'll have a better idea of how many "commitments" I want to sign up for (or rather, how much free time I really want). I have been checking out a few arm exercises online to try to get rid of the nascent bingo wings - I even bought myself a couple of 5 kg weights to use at home - but crikey, the first time I picked them up and tried to do this exercise a couple of times I almost fell over backwards! 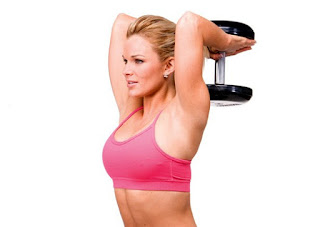 Then, shooting off on a totally unrelated tangent, I was at our little market in town on Thursday having a shufty. That's one of the true pleasures of being retired - I get to visit all the bigger markets that are held locally but on weekdays. I love it! Anyway, I managed to find a parking space and stopped off at the bank to get some cash out. When I rounded the corner to head over to the market I became aware of a "body" sitting on the floor by the bank. Turns out it was an Eastern European beggar (Roma gypsies usually). Now I have a hard time with beggars and never usually give to the Roma, but sometimes give to other beggars. This bothered me as a I was walking round the market but this woman looked so pathetic I put a couple of euros in my pocket and decided I would give it to her on the way back. Buuuuuttt, just as I drew level with her she whipped out a mobile phone and was talking to someone counting out the amount of change in her begging cup and giving them the run down!!! Now I know this is what they are like but I guess I needed hitting over the head with that 2 x 4 to finally realize "no, you don't give these people money. It's a business to them!" I tell ya, I'm a real slow learner sometimes!

And finally, my friend told me that she had received free tickets to the local Fair currently being held in our little town and did I want to go today. If you are looking for a new camper, a new fireplace, a jacuzzi or even just good bottles of olive oil they have it all at this fair. Now today is VE day (Victory in Europe) so it's a public holiday in France, but even given the fact that it is a public holiday I have never seen so many cars trying to get into the parking lots. Never! What with the crowds and the fact that it was pissing down rain we decided to give up and head out to a couple of vide-greniers. The first was in a picturesque town called Taninges which was also pretty washed out, although we had a wander round and spotted a couple of walks that might be interesting to think about if and when we ever get our act together. Oh, and they had a pretty "Roman-ish" bridge I had never noticed before too! 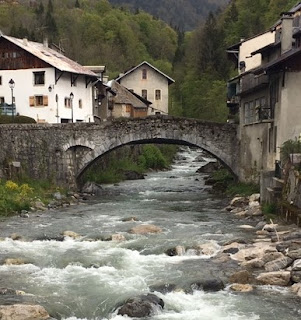 I did pick up a small, collapsible metal table which will be perfect for when I'm sitting out in my garden reading (that is, if it ever stops raining), all for the grand price of €5. After that we decided "in for a penny, in for a pound", so headed out to another vide-grenier in a place called Frangy. This was pretty much closing up for the day but my friend picked up a beautiful bougainvillea on the way out. So all in all, not a bad day out really but boy am I ever ready for spring to finally get here!