I'm not at all superstitious but I have to say the start to the new year is surpassing itself so far!  My friend, Steve, left on 1st January and when I ran down to the basement just before he left I found that my water heater had started peeing water all over the place and flooding that section of the basement. Bloody hell! I had to take Steve to the airport but before leaving I sent a text message to my son (the plumber - yay me) telling him what had happened. When I got back from the airport Jordan had been over and taken a look at it. It seemed to be a valve problem but since the shops were closed and there was nothing we could do about it until the next day, I had to make do with buckets and frequent trips up and down stairs. Anyway the next day Jordan was able to change the valve and while it still drips (it always did - apparently it is normal for that older kind of boiler), it is now much more manageable. It used to take about a week to fill a bucket with the drips and now I guess it would take about five days so at least it is livable. He was saying though that since I am on my own now, if I want to go ahead and change the heater, I don't need a 300 litre tank, but could get away with a 150 litre tank, so I think I will go with that and have him install it for me later when the weather improves.

Then I get home last night - bearing in mind it has been -6 degrees here and they are forecasting -12 - and I have no heat!!!!  Again bl*****dy hell. I checked to make sure the fuel lines were open and turned it on and off a few times but there was nothing doing. One time a cat must have gotten down in my basement and somehow managed to sit on the fuel tank and flip the fuel supply line to "off", but that wasn't the case this time.

I have a maintenance contract with a very professional local company so I called them immediately and left a message. They called me back at 7 a.m. this morning and the first thing he asked me was if I had fuel in the tanks! Well, of course I do, you moron, I always start the winter season with 2000 litres and when it gets down to about 1000 I order more. Anyway, the guy came out this morning and they called me at work to say that I had indeed run out of fuel (so who's the moron now?)! Well talk about feeling like a bloody idiot. You know the old joke about the woman who goes to the garage complaining about a clunking noise in her car and it turns out there is a golf ball in the trunk! I couldn't understand it as by my reckoning I should still have about 400 litres in the tank (you can't actually see how much is left in the tank). Then I remembered that I had had a leak in the summer and I guess I lost quite a bit more fuel than I thought so the tank was indeed empty. I put in an emergency order this morning but I don't think they will be able to deliver until Tuesday as one of their trucks has had an accident. Thankfully I have a few electric heaters and a paraffin heater so I was ok last night, although I will admit to having what must be the quickest shower in living memory this morning.  Still, what with the heaters and an extremely fetching pair of long johns, I think I will survive until I can get this whole fuel tank/water heater system replaced! 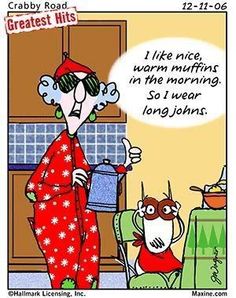