A couple of busy weekends!

These last two weeks have been pretty busy socially. I mentioned before that I am trying out different clubs/courses in a bid to get more involved in my local area before I retire. While I am social enough, I am also quite content in my own company and as retirement is looming tantalisingly close I feel I need to make the effort to meet people outside the work environment (either that or get a dog when I retire!!!)

Shortly after my husband left I decided to go on my first "solo travellers" holiday to Turkey, since I had always loved travelling and now, being free, was the perfect opportunity. It was wonderful - I love Turkey and can highly recommend solo travelling to anyone, no matter whether they are shy or more outgoing. These groups cater for everyone.  Anyway, on my way to London to join up with the group, I ended up buying myself an expensive camera in the Geneva airport duty free shop because since I was obviously going to become a seasoned international traveller I was logically going to need a good camera to document my travels! Of course I hadn't got a clue how to use the bloody thing so booked in for a three-month evening class on photography, and you know what, I hated it! Oh the teacher was great but I really wasn't interested in learning about photography, and in any case (apparently - according to the teacher) since my new camera was the Michael Schumacher of the camera world I couldn't possibly take a bad picture with it anyway!

After that, I took salsa lessons for about a year, which I thoroughly enjoyed despite having two left feet and no sense of rhythm. We were all around the same age (in our 50s) and frankly terrible but it was such good fun. I didn't go back after the first year though because having to drive back into Geneva of an evening, particularly if it was snowing, was really not something I wanted to do after a long day at work.

So moving on, I think I mentioned previously that I have now joined a "board game" group with my former neighbour. It seems to be quite popular here in France (and in Geneva apparently) and people of all ages meet up about once a month to learn different kinds of board games. Well two weeks ago we met up with our local group on the Saturday evening. Valérie knew one of the ladies who was there with her 10-year-old son so we ended up playing a new board game which another lady very kindly spent a fair amount of time explaining to us. I was absolutely useless though. Now in my defence I will say I was sitting on the wrong side of the table so was reading upside down and in French, but all the same I kept getting hammered by the others, particularly the 10-year-old! We then played another game which was all about speed of reflexes and again we all got clobbered by the 10-year-old. He was playing so fast I joked that he was probably cheating, but he actually wasn't - he was getting the answers right pretty much 100%! Crikey, that makes me feel old.

Then late on the Sunday afternoon a friend and I drove in to Geneva to watch Ravel's Bolero being performed by the Russian National Opera and Ballet. I had never seen Bolero before but of course the music is absolutely haunting (it takes me back to the magnificent performance by Torvil and Dean in the 1984 winter olympics). The dancers were simply amazing of course and made it look so easy, but just try flinging your leg behind your head and see how long it takes before you end up in the emergency room! 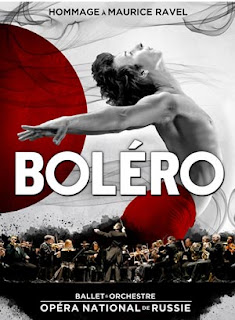 Then of course on the Monday night I had my usual sewing club (I alternate between two clubs as they both meet on the Monday night) and on Tuesday my once-a-month patchwork lesson. It gets to be quite full on when everything happens at the same time but I try to make the effort because otherwise I feel like all I ever do is get up, go to work, drive home, rinse and repeat - and I'm sure I'm not the only one to feel that way!

On Christmas Day my oldest son mentioned to me that the Irish comedian, Dara O'Briain, was playing in Geneva so I got seven tickets to go see him and he certainly didn't disappoint!


My friend volunteered to drive as I had driven last time and on the way in we saw that the motorway was pretty busy so decided to take a back road. Round here Sunday night traffic can be pretty busy with all the skiers coming down from the mountains so it's better to take the back roads if you know them. As a slight aside, some lunatic almost hit us just as we were getting off the motorway - he didn't even attempt to stop as we were navigating the traffic island and how he didn't hit us (I had my legs pulled all the way up to my chest in case) I have no idea. The frustrating thing is, have you ever wanted to slam on the horn at some dangerous nutter but only succeeded in hitting your turn signal or slamming the windscreen wipers on!  Very frustrating.

As I had all seven tickets for the show I called my kids to arrange a time to meet at the theatre only to find out that they were coming back from a weekend in the Valais (a mountainous canton in Swiss Germany). Since they would not hold the tickets for them at reception I told my kids DON'T DARE be late because once Dara starts his show I am NOT getting up to come out and give you the tickets! Can you imagine, suddenly becoming part the show if Dara spots you getting up and walking out! Anyway Jordan made it with five minutes to spare thank God, and Dara was wonderful, as long as you are capable of listening at 150 miles an hour. Yes, he talks that fast! But the theatre was packed and the show was great, although I'll be glad of a few days doing nothing at this point. As an aside, I understand Dara was at CERN last night (the European Centre for Nuclear Research), which is only about 10 km from here, presumably giving another show and, as a nerd himself, digging up potential material for a future gig about nerds and their toys, a.k.a. the hadron collider!