They certainly know how to put on a party!

I couldn't seem to get a handle on what time the Tour de France was supposed to arrive in La Roche yesterday so around lunchtime I thought I should head on down into town. I couldn't have gone up to Glières or La Clusaz if I had wanted to as the roads were closed off and only the already-fully-booked shuttle buses were allowed in, so on foot it would have to be. And it was hot! After about 20 minutes I ran into a young girl who was manning one of the barricades across the road and asked her about timings. When she told me that one of the media vans had just gone past and they were expecting the peloton in town anywhere between 5-6 p.m. I thought "nope, I'm not going to hang around in town for the next five hours", so I walked back into the village and decided to have lunch in our one-and-only restaurant. My friend always refers to this place as "the restaurant that's never open" because it did indeed seem to be closed half the time. Now I don't know if it has changed hands or if the owners have had to pull their fingers out to make up for the covid closures, but now it seems to be constantly open. The owner's wife runs another restaurant further up the mountain so I guess they will have been hard hit by the lockdown! 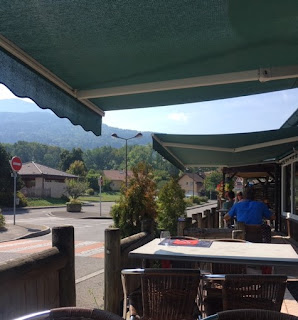 So I sat and ate lunch while reading the Michael Cohen book, and you know what, I'm actually enjoying it! He pretty much admits he was a slimeball and doesn't appear to be making excuses for himself, but he writes well and it is, of course, quite a story he has to tell! After killing a good hour or so I decided to walk back down into town - about a 30 minute walk but boy was it hot! This is when it started to get busier - people were out walking to "their spot" along the road to watch the arrival and everybody and his uncle who had a bike seemed to be cycling to better vantage points too! When I got to town everything was ok - it wasn't overly crowded as yet (I'd say people were more lining the roads then congregating in town) and it was fun! I think that's why I prefer living in France to Switzerland actually (where I lived for six years). They know how to have fun. Sure they sometimes go over the top but it seems to me that they also like to have a good time and do it well! 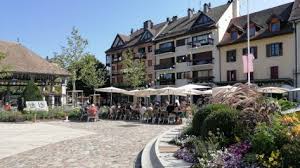 God, when I think I have trouble walking down to town (and even more trouble walking back up home), I can't even begin to understand how these young men can cycle up mountains in this heat, all the more so since it's now September (and obviously cooler) and the original race had been planned for July! I guess that explains the constant whirring of helicopter blades overhead though! 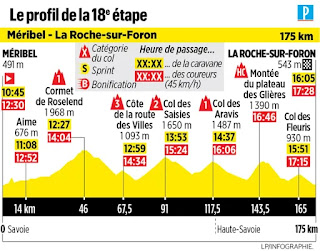 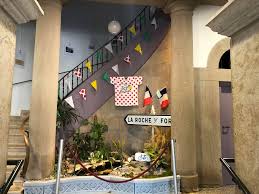 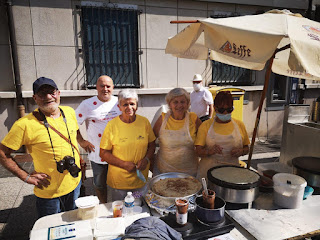 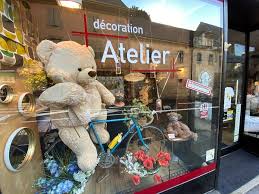 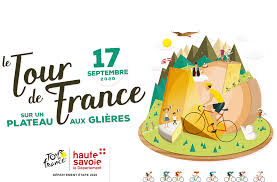 So despite the fact that I had to slog my way back uphill to get home, I have to say it was a fun time. Like I said, I'm not that into cycling (I don't even know who's top of the leader board!!!) but I had a pretty good time (and a couple of glasses of wine to complete what was a rather nice afternoon)! The icing on the cake though was when I got home the postman had dropped off the results of my French test that I had to sit for my citizenship and I got a C2 - a good pass! So that's one more thing crossed off my seemingly never-ending to do list!
Posted by Treaders at 18:26