Everything went just beautifully for Christmas day. I had spent a good few hours prepping food the day before but way too many hours wrapping presents also. Damn, I usually get that done when I buy them but this year I was not as organized on that score. Oh well, that'll teach me!

While I was finishing the final prep it was one of those "It's a Wonderful Life" moments, where everyone is beautifully dressed, dinner is almost ready and a beautifully made up Donna Reed just has to put the fairy on top of the Christmas tree before Jimmy Stewart dashes in to hold her in his arms (yeah, like those moments just happen by magic). Anyway, I was blasting music when I ended up putting on The Skater's Waltz at full blast. I just love this piece. I remember it being played at the winter Olympics at Lillehammer for every victory lap and was particularly moved when Dan Jansen finally won his olympic gold! Anyway, I was blasting this happily in the kitchen when my kids arrived, unbeknownst to me because the music was so loud. There is nothing to spoil the emotion of the moment quite like when your son, the plumber, leaps into the living room attempting to show his ballet prowess with all the innate grace of a ... well, a plumber! I don't know where I got my love of classical music from. I was definitely a cuckoo as I grew up in a working class home in Birmingham but fell in love with Chopin (watching Frederic March play him was when I knew I wanted to learn the piano), Edith Piaf (was when I fell in love with French) and Strauss (going to a concert on 9 January). It was definitely never played at home so I'm completely flummoxed as to where I got that love from. Needless to say my sons don't share my passion but ... just wait till I get grandkids, I'll show 'em!


God I think André Rieu is sexy! He makes classical music fun! There is nothing quite as sexy as an intelligent, talented man. Who cares what they look like or how old they are, but Rieu has that smile too! In fact, I've just been looking up his concert tours for 2020 and see that he has concerts in Maastricht (normal, he's Dutch), Birmingham (my home town) and Zurich in 2020 so that's on for definite!

Anyway, I got together with the kids for an apéro while we opened our gifts and I think I really hit it on the head this year. In Colmar I had seen "puzzles" so I bought one each for the kids and I swear we didn't need to speak for the next hour! It's difficult to describe the different things I bought but picture interlinking metal chains that you have to separate, or wooden blocks that have a sequence to open them. I knew Jen would like that but I wasn't sure about the others but no, they all kept picking them up and whinging that they couldn't figure them out. But the real pièce de résistance was when they unwrapped the books I had got each couple called Very British Problems Abroad! 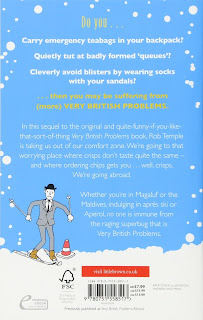 This must have been a definite hit with André because he didn't put the bloody thing down. He kept roaring laughing and reading out excerpts from the book. Lily actually came in to the kitchen to congratulate me for getting my son to read a book for the first time ever! I told her I know! I sensed that "this one wasn't a reader" when I was in the maternity hospital and didn't really want to take him home with me 'cos I think I'd got the wrong one but they made me take him home with me anyway! One that he actually read out to us: "Never feeling more annoyed than when you've just put out a fresh bin bag before leaving for a fortnight abroad and then SOMEONE eats a banana"! You either get it or you don't. We roared laughing. In fact, we spent the entire afternoon laughing because last year I had bought them "Mad Libs" but they had never used them until today at my place (where they scribbled all over mine)! When I asked why they hadn't used them Lily explained that really you have to be a bunch of people who all speak English (never thought of that - duh), and she's right. Jen doesn't speak English but she was off in a trance trying to untangle some of the puzzles that I had bought but it was so nice to see my boys roaring laughing together - now I can see they inherited my sense of humour.

Lily is Swiss and they are not known for their sense of  humour, but she is the exception that proves the rule (thankfully - I couldn't take a dour puss as a daughter-in-law), and she showed me a speech by the Swiss President (whose original language is Swiss German but was speaking in French) about how we "all need to laugh, because laughing does us good", all the while looking like one of the stuffed penguins on the balcony of the Kremlin! It was meant to be inspirational but it was like watching Nightmare at the Rue Morgue! By god it was funny! Thank god my son married a non-stereotypical Swiss (as are her family, I'm delighted to say)! 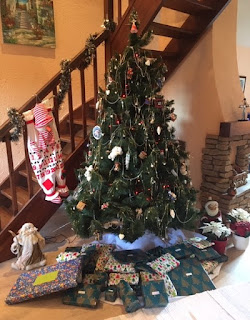 Oddly enough it was Lily who asked if we could watch the Queen's speech!! I told her it wasn't even on my radar but if we did we all had to stand to attention - so that's what we did!  It was sweet, and while I remember watching the Queen's speech as a kid I also remember my mom telling me that "in the day", you not only wore your Sunday best but you also stood when she was speaking!

And guess what, after so many days of rain, the sun finally made an appearance. We usually get snow but I'll take the sunshine if we can't have snow just for this one day! 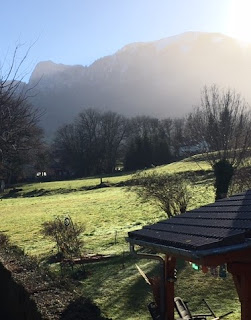 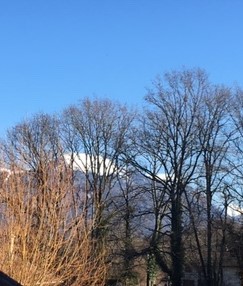 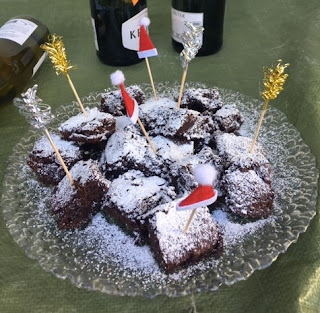 So I hope you had a lovely Christmas wherever you are, be it quiet or full to the rafters with great company. All the best from a very happy expat Brit!
Posted by Treaders at 20:07