How to cause a revolution!

I almost fell off my seat when the Donald gave a speech the other day with Theresa May about how he was going to negotiate the "biggest trade deal ever between our two countries - but that also includes the NHS being on the table …". I'm paraphrasing here as my eyes were glued on Theresa May - whose own eyeballs almost popped out of her head! The British people had always been assured that the NHS (the National Health Service) was never going to be "up for grabs" so I think any party that tried to put that on the table would be kicked out of power before they had ever gotten their bums off their seats!

Thankfully the Donald did a complete reversal (surprise, surprise) in very short order as people were instantly up in arms! Bloody hell, with all due respect, the last thing we need in the UK is a US-style health system! That's not to say that some facets of it couldn't be incorporated into it and I believe many medications are indeed bought from the US, but to (eventually) switch to an insurance-style health system would, I feel, be catastrophic for the country and for any party who tried to introduce it! I know we already have a dual system which includes private medical insurance (for some) but free treatment at the point of delivery should be inscribed into our (unwritten) constitution! I have no idea what Steve's recent treatment (chemo and bone marrow transplant) cost, including almost five weeks in hospital. Then my brother was in hospital for one month before he died. My dad had two bypasses 20 years apart. And the list goes on. No bills! In fact, I think I was the only one in my family lucky enough to never have to go into hospital when I lived in the UK. While the NHS desperately needs a revamp, and support for our wonderful doctors and nurses, importing foreign management will never be the way to do it!

Still, the look on Theresa May's face (and others') was almost worth it! 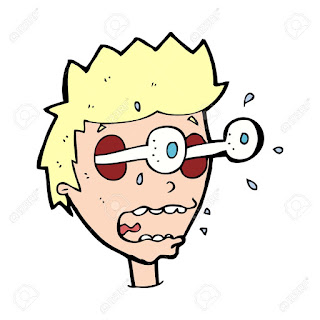