I think I'm getting old!

Well aren't we all really, but just lately I have realized that while my eyesight is still pretty good (I just use glasses to read), when people are some distance away from me I can't always recognize them. At lunchtime I decided to walk into town to pick up a few groceries and a colleague was almost level with me before I recognized her. When I apologized she just laughed and said "you're not the only one"! I'm sure I'm not either but I do wonder if it has been going on rather longer than I realize. About 10 years ago my son and I were just setting out from home for work/school. It was dark and there are no streetlights in the village. As we past an oncoming car my son started laughing and said "that was Stan and he was waving to you", to which I replied that he could well have been my mother but I still wouldn't have recognized him. So he just said "mom, he's the only black man in the village" - and it was true. I live in a very small village and at one time Stan, who is Nigerian, really was the only black man in the village. It wouldn't have made any difference though 'cos I still wouldn't have recognized him. Told him to honk his horn next time!

Another sign of the times is that just yesterday I received my tickets for my trip to Costa Rica in my inbox. I read through them and looked online to check that I didn't need a visa (I don't) and if they recommended any vaccinations (again, they don't). But think back to not all that long ago when all this would have had to be done in person at a travel agent's. While there are obviously some negatives to the internet and the worldwide web, I would say 99% of it is so positive. Let's face it, I wouldn't be sitting here writing this (or have any of you reading it) if it wasn't for the internet would I!

Which brought to mind a rather funny story from when I first came out to work in Geneva in 1980. Of course in those days we still used typewriters (and quills and ink and parchment paper and abacuses - ok I'm joking about the last two). The unit I was working for at the time was drawing up a lot of statistical data for use by a French-speaking country on tariff lines/imports, etc. Incredibly boring stuff. You know, "tariff line 1098.00.10 - leather goods not further worked than ....". You get the idea. BORING! But our job was to type up around 100 A3 tables of tariff lines which had been produced by our statisticians in English. These would then be sent to translation so we would have to leave a big gap after each English text in order for the French typing pool to type in the French equivalent. It was a hit and miss affair (with lots of tippex). Since these were A3 tables we had to use the big typewriters with the extra-wide platens (the roller bit where the paper is fed through) and every time I did a carriage return my colleague had to duck or she would get pushed off her seat. But one day one of the statisticians came in in quite a temper and asked who had prepared this batch of tables "because they were rubbish and he wasn't going to waste his time checking any more". I took a look at them and we realized they had been typed by L, who was a sloppy worker at the best of times. So he said to ask her to go through and check and correct all her work and oh, just as an example "everywhere I had written furskins, not further prepared or worked than ..... she had typed foreskins! Now this statistician was French so I don't think he realized what a foreskin was but J and I nearly bust a blood vessel trying not to pee ourselves laughing. Oh Lordy did we have some fun. And to top it all, we were plowing our way through the next batch of tables when leaving time rolled around, so J took those that had been finished (which was the majority of them) and sat them on her trash can while she cleared her desk. The next day we couldn't find them anywhere - figured the cleaners must have thrown them away when they emptied the trash! 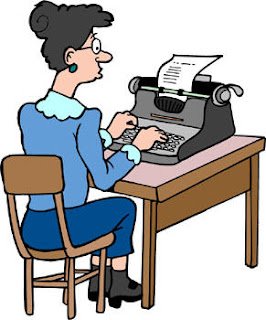