I blame it on Sam!

Only a couple of days ago Sam over at a New Frame of Reference was talking about the work projects she and her hubs were hoping to get done around the house, which to prioritize and how to go about saving for it. I pitched in with my ever-growing list of stuff that needs to be done sooner or later and bugger me, wouldn't you know it, my water heater gave up the ghost Wednesday night. I had felt the water not really heating up for a couple of days but on Wednesday morning I ended up having a cold shower! It seems strange to me that these things never seem to blow up in the summer when a cold shower would be welcome, but in January when it's minus whatever .... that was one of the quickest showers I ever had, I can tell you.  Not that I can complain I suppose as that thing must be about 20 years old but .... Anyway, I sent my (plumber) son a message asking what I should do about a replacement. My water heater's capacity is 300 litres which has been plenty for us over the years, but he told me that when it came time to replace it maybe just go with a 150 litre tank, since I am on my own. I wasn't too sure about that thinking that I wouldn't want to run out of hot water if/when I have visitors, so I was more inclined to go with a 200 litre. My house is technically a five-bedroom so I also didn't see the point in one day advertising it for sale as such with only a tea kettle capacity for hot water.

As luck would have it (for me - maybe not for them) Jordan and Jen were both off yesterday so he said he would take a trip down to Cluses where his company buys their professional supplies as he thought they were of a superior quality. In the end he agreed with me that the 150 litre tank would be too small so was going for the 200 litre tank when the guy in the shop said that for only €30 more he could get the 300 litre tank, so that's what they did.  The best bit was though, that when the guy asked them where they wanted to load it they pointed to J's little Ford Fiesta and the guy just laughed and said it wouldn't fit!  Not to be outdone, J and Jen laid the back seats down, pulled the passenger seat waaaaay forward and heaved the thing into the back, although with the tail end sticking out! Poor Jen had to ride home with her nose almost touching the windscreen, but since they are both as stubborn as each other she didn't mind.

It gave us a giggle though because I'm sure we've all done it. You know, gone to IKEA and bought a shedload of stuff and then wondered how the hell you were going to get a double bed into the back of your mini. Or bought that huuuuuge Christmas tree from the farm, shoved it across the back seat of the car and then had every passing car manage to chop bits off it as they went by, thereby leaving you with a twig by the time you got home! 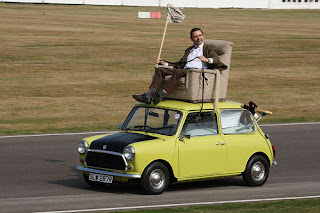 Anyway, by the time I got home from work Jordan and Jen had got that bugger down into my basement and got it all hooked up in 30 minutes.  The real difficulty, of course, was getting the old one back up the spiral staircase. As I walked through the garage, Jordan and all 100 lbs wringing wet of Jen were underneath that bloody thing pushing, with my 70 year old neighbour at the top of the stairs hauling on a rope! Turns out they are all three as stubborn as each other and blow me if they didn't get that bugger out of there.  What can I say, I am just so eternally grateful to the three of them that they got it done so quickly! Oh and as an aside, J was looking at the state of my bathrooms - ok, I admit it - I somehow managed to mention what a mess they are - and he was saying what he could and couldn't do himself. I don't know if or when, but he said he might be willing to take on part of the project when he gets time! God love him. The blessings of having a plumber for a son! Now if only the other one had been a hairdresser, or a car mechanic, or ..... 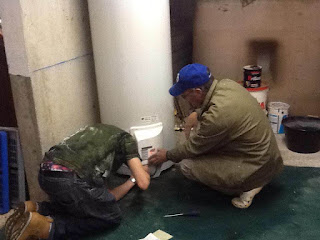 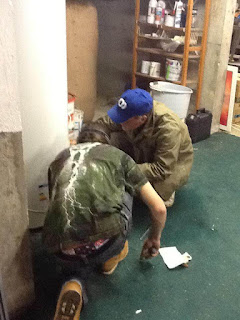 And finally ladies, any suggestions please? We will shortly be having our next board game evening between neighbours. At the first one (at my house) we were only six, at the next we were 10, and we may well be 12 at this next one. Since we all take a dish I was looking for an idea as to what to take. I don't mind sweet or savoury (or both), but since it isn't at my house it should probably be something that doesn't need reheating. I'm just not very inspired at the moment so any suggestions gratefully received! And on that note, I wish you all a lovely weekend. And for those of you in the north eastern US - stay safe!