Well last night was my first night at the local Fat Fighters meeting.  I pretty much knew what to expect as maaaaaany years ago, before I was married even, I went along to a WW meeting in Geneva.  I only had a couple of kilos to lose, truth be told - oh how I wish that were the case now. Anyway, down to the nitty gritty.  Fully dressed (of course) and with my boots on I weighed in at 81.1 kg (180 lb - yikes, it sounds even worse like that - or 12.7 stones according to Mr. Google). (Frankly I don't like any of those numbers much but I guess I have to go with the kg as that is what we will be working with here.)  She asked me what I would like to weigh and I told her I was comfortable at about 65 kg so we are looking to lose about 15 kg.

Then I went and sat in on the cheerleading meeting, all the while thinking "I'm never gonna stick this out for an hour"!  But it turns out it was only 30 minutes so I guess anyone can sit still that long. After the meeting the other "newbie" and I - she actually gasped out loud when she was weighed - it was really funny - stuck around so that Chief Cheerleader could explain the points system to us.  I suppose I am being fascetious as the ladies were very nice but I have to admit I do feel like I was having to sit on the Naughty Stool because of letting myself go.  Still, the system doesn't seem that difficult really.  The only problem I have so far discovered is that having downloaded the French WW app onto my phone, it doesn't seem to recognize Swiss WW products, which is a bit weird.  But then again, it is only Day 1 (boy oh boy I hope I've lost 2 kg by tomorrow) so I have to give it time. 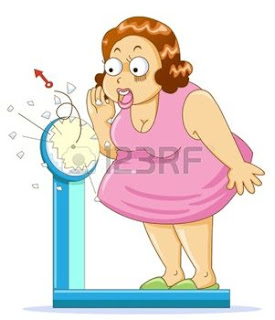 I see that in among all the other stuff they were selling "fitbits", which I guess are pedometres, as Fat Fighters want to encourage you to "get active".  I already have a pedometre which I have started using again and to be honest it is quite shocking how little I actually move.

So, thinking "in for a penny, in for a pound", I signed up on Ilona's blog with others who wanted to take the challenge of walking 1,000 miles in 2016.  I must be mad.  According to the Chief Cheerleader at Fat Fighters anything under 5,000 steps a day is considered "sedentary" (so that would be me), above that "average" and the real aim should be 10,000 steps a day.  Using my pedometre I am averaging only 6,000 steps a day so I guess I really have to up the ante.  Then, because on Ilona's blog they are talking about "miles" walked in 2016, I reckoned I had to convert my steps walked from km back into miles.  Not easy.  I don't use an app on my phone to calculate distance because, crossing the border from France into Switzerland every day I will be hit by data-roaming charges.  So I realized I had to simply use my pedometre.  First off, measure your stride - turns out to be only 40 cm (otherwise known as the short, fat, hairy leg syndrome).  Then calculate the number of steps taken daily, multiply by the length of my stride and convert those km back to miles.  (Honestly, I almost gave up there and then). But, I had to admit to feeling smugly superior when I worked out I was hitting about 20 miles a day! Of course my bubble soon burst when I realized I had put the decimal point in the wrong place and in reality was back in the "mobile blob" category.  Oh well, I guess I will have to go with what I've got and see what happens this week.  Fingers crossed.