Otherwise known as mom.  And with a name like that guess where she comes from (Betws-y-Coed in North Wales in case you're curious).

Mom and dad had been married 63 years when dad died in 2005.  Mom is now 93 and although "forgetful" she is otherwise great.  She has retained her sense of humour, can be quite witty and is a really good sport! The picture of her on the motorbike was taken on her 93rd birthday.  Note the carefully coordinated slippers and motorbike!  The other one is of mom and me taken in March 2015. 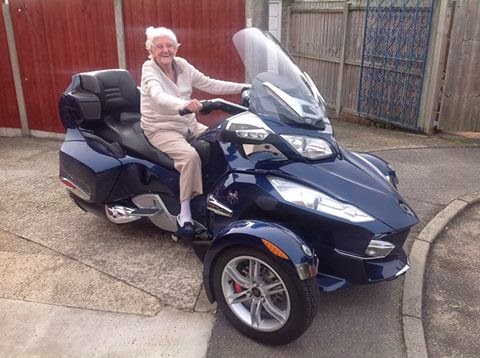 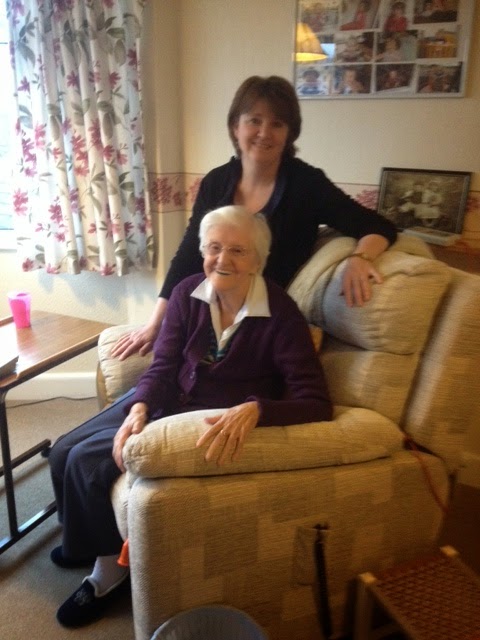 Like many of their generation they did not have an easy life but they worked incredibly hard having seven kids and very little money.  It was only as I got older that I began to have some idea of how hard they worked and I take my hat off to them.
The stress we have today is very different from the stress of their times.  Not more, not less nor worse, just very, very different.  The saving grace in their time was that we were all the same - nobody had any money - or at least none that lived near us - and people helped each other out more and watched out for each other.
I hope I live to a ripe old age, healthy and happy like she is and to be such a blooming good sport!
﻿
Posted by Treaders at 16:04