There's not much going on here of course as we're still in lockdown. Hopefully that will be eased a little on 15 December but who knows. If not, it'll just be me and André for Christmas dinner I guess. I already told him it'll be baked beans on toast (and he's fine with that)! Actually that's a real treat as we were never "allowed" to eat that because my ex thought anything "beans" was disgusting. My answer was "just don't eat it then" but nope, it had to be banned! When I was walking with my neighbours last week we got onto the subject of "beans on toast" and they were horrified at the thought of it - and this from a nation that eats frogs' legs and snails. Each to his own I guess. André and I are invited to Jen's mom's for Christmas eve and I seriously hope snails and frogs legs are not on the menu. What the heck do you do? I don't even particularly like seafood so I sure as heck am not going to eat snails!

My new oven was delivered yesterday but they didn't actually install it because it needed a "female" plug rather than just the wire-in domino that I had. So I ran down to the DIY store and asked what kind of plug I needed and the guy sold me a rather sturdy plug, suitable for an oven. Trouble is, he sold me a male plug, so I had to run back down there and get a female one. But now I can't open the bloody thing to get it hooked up so I'm hoping someone (Dave, I'm looking at you) can enlighten me. I took the screw out of it but I'll be damned if I can get the thing open in order to hook it up! I guess I'm looking at another trip to the DIY store tomorrow! At least the bloody thing is delivered, but it does bring home to me how little I actually need an oven, except maybe for cooking the Christmas turkey! When I got home André told me that my gardener had stopped by as I had told him I had an envelope for him (over €500) so I guess that's a nice sum for him to pick up before Christmas. I'm not sure how much is declared but that's not my problem I guess. He used to come by about twice a month when I was working so I never actually saw him and just paid him when I caught up with him and we seem to have continued that tradition. But good for him, it's a tough job and I'm glad I found someone willing to do it!

Then today I got news that a former colleague had died aged 72. I worked with JM when I first came to Geneva in 1980 and he was a nice guy. We had our "moments" later on when I worked in HR and asked him to fill out paperwork that we needed (he was definitely onto a scam) but all in all he was a nice guy, and I was so sorry to hear of his death. And then today I read that former England rugby player, Steve Thomson, has been diagnosed with dementia at the young age of 42!!! Damn, it makes you wonder what all that trauma to the head does doesn't it! I'm a big rugby fan and those guys wear very little protection so it makes me think is it worth it? What with that and "Nobby" Stiles (England footballer) being just the latest sportsman to have died while suffering from dementia! 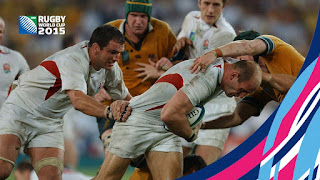 Just now I received a text message from my friend to say that he had passed 1,500 miles. I told him it would be hard for me to make up another 400 miles between now and new year but after that we could plan on walking together out my way when this damn lockdown is lifted (he lives in another département/state/county) and he said he would look forward to that. Damn, I haven't seen him for how many months now!

And finally, I see that tonight's euromillion lottery is worth over €200 million. I've played, but damn, I wouldn't want all that money. I reckon it would be better to have 200 winners but then I'm not making the decisions am I. We always used to joke about winning the lottery with my family, and I actually dreamt the numbers (believe it or not) when the UK lottery started up. I had got all six numbers and saw the last number as 42 or 49 so it would have been no problem to play either, but then I just poo-poooed it. Never again I tell you. But it's nice dreaming about what you'd do with that money isn't it. My brother, Phil, who died two years ago, told me once, after I had got into it with him, that he was knocking another "0" (zero) off the amount he would give me if he won so I was now down to £10!! Ha ha, it's a fun dream isn't it. If I ever did win a large amount of money I would sort out my family first but not so much that my kids could ever give up work. I believe you need to work to appreciate what you have - which is why, I believe, so many who are born into wealth are unhappy. I have about seven UK-based charities who would be first in line for my "Secret Santa" donations - RNLI (life boat), air ambulance, Red Cross, Sally Army, The Anthony Nolan Trust, Help for Heroes, The Battered Women Refuges, but I would need to find more charities in France. The local food bank is an obvious choice but other than that, I'd need to find more. Actually, I don't need to win any money because I have everything I need and most of what I want, but I sure would enjoy giving it away!