Would you believe it was 7°C (44°F) today and windy and I've been without heating since Saturday! I know, that's what I was thinking! I know Max's company is flat out (Jordan's been working weekends) but thankfully he sent me a message yesterday to say he was on his way over to have another look at it and he still couldn't figure it out! I've been solving the problem by meditating and drawing on that British stiff upper lip (nah, not really, it's called loads of layers and keep moving)! For the most part I can deal with it because I have a couple of small electric heaters and I only need to put a few layers on and embark on getting stuff done to keep warm, but I must admit it's "nippy" (to say the least) in the mornings. Well after yet more cussing Max ended up face down inside the bowels of the "mechanical bits" of the central heating/hot water system and suddenly I realized the radiators were coming on. I called down to the basement to tell him and he said that couldn't be right, but when I confirmed to him that they were, indeed, heating up he figured that somehow the water heater pump had been hooked up to the central heating pump and the fact that he had turned the water heater off on Saturday because of the leak was what had caused the central heating to stop working! So he has to come back and redo that and bring the supplier back with him to sort out the leak in the water heating system. I also need them to look at the timing programme because while I had heat from 6 a.m. this morning until around about 9 a.m., it didn't come back on again until 6 p.m. and went off again around 8 p.m. so I think they really have to reset the whole bloody thing back to the manufacturer's settings and start again. In the end I thought "sod it" and for the first time in 10 years I lit a fire in my fireplace and have had that roaring away for the past three hours. I checked online first about the "no more open fireplace edict" (I'm still waiting for the quote to get the cassette insert for the fireplace), but it seems that we are no longer allowed to use open fireplaces as "our primary source of heat", and since my fireplace isn't my primary source of heat (hardly, right, if I haven't used it for 10 years), I got a rather nice fire going this evening and very pretty it was too. All I was missing was a couple of bottles of wine and some good company!

Today I had my pilates class in the morning and I have to admit that it is probably my least favourite class, although I do get what it's trying to achieve. Finally, after four weeks of consistent attendance at my various classes, I'm starting to enjoy them more - or "get the point" of it all I guess. I know myself well enough that it usually takes about three weeks of "oh bloody hell, I really don't want to do this" before I get to this point and begin enjoying it and, hopefully, seeing some progress. I say "progress" because my weight has barely moved but I definitely no longer ache after the classes and I actually feel rather good - which is the whole point really, I suppose. Losing weight would be great, but feeling well and able to do whatever it takes to live my life easily on my own is more the point. The picture below pretty much sums up my whole logic of why I'm doing all this! I'm still making it to the gym at least once a week, although I suspect Dave is going to leave me standing on that one, but I'm already at the point of wanting to push myself a bit harder, so I guess consistency is starting to pay off! 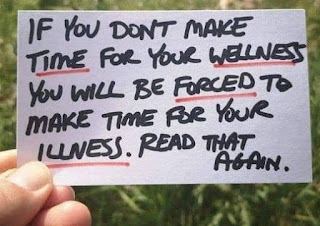 After pilates I dropped some stuff off at the recycling plant and then dashed off to buy a new gas bottle as the old one just ran out. I remember last year - 1 July to be precise - was when I first hooked up this gas bottle. It was the night of the horrendous storm which knocked out my electricity for 24 hours just three days before the wedding, the same day as my family were flying in from England and with all my shopping for 10 people for 10 days loaded up in my slowly-defrosting freezers, and my gas cooking bottle decided to conk out. It was laugh or cry at that point (thankfully I laughed) but I would say that bottle lasting from 1 July 2019 to 14 October 2020 wasn't bad going for €34 was it!

After that I headed out to do my weekly shop. While I was at the supermarket I wanted to get a tape measure for my sewing kit because I seem to have lost mine, but when I looked at the cheap little retractable tape measures for €6.20 I thought I'm not paying that! About a km up the road is a small "sell everything" type of shop and I got the exact same tape measure for €1.50! Pretty much everything is cheaper at that shop, so when André's closer to getting his own place I think that will be where we will head to first to get the basics for his apartment. Talking of which, he and Lily have an appointment at court to sign off on the divorce on 30 October (how sad is that!) and then in the afternoon he has an appointment at the bank to look into how much he can borrow to buy his own place. I'm going to go with him as he's not used to French banking, after living in Switzerland for the last 10 years, but it'll be interesting to see just what he can afford on his own!

I'm in the mood to cook at the moment, so if I have time, tomorrow I will run out to the large Asian store near here to get everything I need to make mapu tofu. My mouth just waters when I see some of these recipes, but when I get looking at too many I end up making none of them so I'm going to try to go with just one and actually make it. After that I'll pick Jen up as she is off this week and wants to go to IKEA in Geneva as she has her eye on a few things from the catalogue I picked up last week. I'm happy to go back anyway as I may well buy a few fittings to start the business of changing my bathroom sinks and buying a hand basin for the toilet, but I guess it'll depend on how much we can fit in the car. Haven't we all done that - gone to IKEA with a a car the size of a mini and come out with enough stuff to fill a small moving van? Or bought the biggest Christmas tree we could find and then wondered how the hell we were going to get it home? Or is that just me?

Anyway, in a rather serendipitous coincidence, I received a notification two days ago from a local DIY store called Bricomarché saying that as I'd now spent over €500 in the last however long (it must have been over a long period as I hardly ever go there), they were offering me 10% off everything in the shop bought on one ticket and within three months so I may well go back there and look for bathroom fittings if I don't find what I want at IKEA. To my mind many of the DIY stores round here are much of a muchness, but I have always been really happy with the service I get at Bricomarché. In fact a few years ago I wrote to their head office to commend the staff at my local store saying that they may not be the biggest store round here but they were certainly the most helpful. Credit where credit is due I guess! If I do decide to use this 10% I will probably get quite a bit of the bathroom stuff from there and a chainsaw, as I have loads of wood downstairs in my basement but once the new cassette is installed in the fireplace I will be limited to smaller logs. I guess it's right what they say isn't it, a woman's work is never done!