What a bloody mess!

Well storm Dennis rolled in to the UK this weekend and I was kinda hoping it would have calmed down a bit by the time the kids were due to fly. After a few nail-biting moments their flight to London took off just 30 minutes late and they arrived at Heathrow Airport three hours ahead of time for their ongoing flight to Pittsburgh. So they sat there, and sat there and sat there waiting for their gate number to be called … and nothing happened. I kept checking with Heathrow's website (which suddenly started saying "gate closed") and British Airways' website (which then stated that the flight had left 30 minutes ago!!!!)  Say what????? I got in touch with Jordan and he was getting all the same info his end. Trouble is, Jen was very worked up and in floods of tears because she doesn't speak English, and then she started worrying about money because "they can't afford to be rebooking flights and hotels and so on"! And Jordan wasn't exactly brimming with confidence either because the whole airport was a bloody mess, the computer systems being down because of the storm and loads of flights delayed or cancelled!

I told him first thing to do was get some cash - say £100 - just so that they had a few GB£ on them and not just euros or Swissies. Then go and buy drinks, sandwiches and maybe soap, toothbrush and so on, because there is a good chance everything would close down and they would end up high and dry with nothing to eat and feeling decidedly smelly and dirty. After that they headed over to queue up at the BA information desk, where they were told to go to Gate A9 - but at Gate A9 they were just booking hotels or doing paperwork for people who had had enough and were giving up and going home - not an option for Jordan and Jen obviously as they needed someone to let them know about rebooking flights or other alternatives! I called a little later and as it stands now they have to go back out through customs/passport control and into the public area as Terminal 5 is closing down, and then they have to hook up to a BA site to see if the proposed alternative flights are acceptable to them. Who knows what BA will offer them but I doubt they'll be going anywhere tonight. If they decide they just want to jack it all in and forget about the States they'll have to track their baggage down and make alternative arrangements. Jen was saying she just wants to come back to Geneva. Good luck with that. EasyJet cancelled loads of "skiing/Geneva" flights yesterday because of the storm, as did other airlines, so I doubt they'll be getting back to Geneva anytime soon as the people bumped from yesterday's flights have to be accommodated first!

So I've been in touch with my sister and I can get them on one of several buses to her in Dorset any time tomorrow and have found a couple of hotels within a few miles of Heathrow if they decide they want to give up on the idea of going to Pittsburgh. I also told them not to waste time (or more importantly their phone batteries) calling my ex as I will keep everyone informed, although thankfully they both have their mobile phone chargers with them. What a bloody mess. My sister told me it's just been on the news that all the computers were down at Heathrow so everyone will be in the same boat I guess. I know they're adults and Jordan, at least, speaks English but neither of them knows much about the UK and what's what, to be honest, and so are pretty out of their depth in how to deal with this. I have no doubt they would be much more confident sorting themselves out in, say, Geneva or Paris, but London/the UK is a whole new ballgame for both of them!

The only other thing I told them was to stay cool, and to be civil to the poor sods on the service desks because it's nobody's fault and these people will be just trying to do their best to get everyone sorted. Trying to find the positives, I told them to be thankful that this happened in England because at least we Brits queue and are pretty stoic in a crisis, for the most part. It could also be worse as they could be travelling with young children or elderly relatives. So I reckon they are in for an uncomfortable night either way, and I'm probably going to be awake most of the night, credit card to hand, just in case. Happy days then! 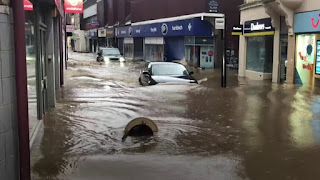 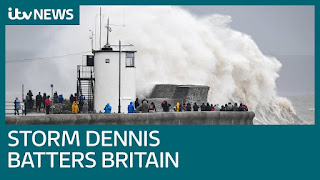