Anyway, back to Sri Lanka!

Well not really - just in my imagination - but I did want to write up a little about my Sri Lanka trip before my memory became "fuzzy"! I think I've mentioned before that what tends to suit me vacation-wise is to take a warm weather holiday sometime in the winter - to break up the cold weather a little - and then a European vacation around September/October time - a kind of last hurrah before the bad weather kicks in. It's beautiful here in the summer and we don't get huge numbers of tourists to be honest - unlike in the winter - so this set-up seems to work for me (for the time being, at least). One of the drawbacks of going away in the winter, of course, is that there is always the slight risk that bad weather might cause one of my flights to be delayed or cancelled but so far, touch wood, I have always been lucky! Anyway, with that in mind I made the decision to make my own travel arrangements (flying from Switzerland rather than back to England and out again) and choosing to arrive the day before the rest of my group and spend a night recuperating from the flight in Colombo. Well that was the plan anyway. So again, with a view to avoiding any possible flight delays, I chose to make the trip from Geneva to Zurich by train rather than plane, just in case. It turned out to be a rather nice three-hour train journey through Switzerland, although it did bring home to me that I think "our" part of Switzerland (western Switzerland) is prettier than the northern/eastern parts, although they are still lovely of course!

Anyway, I arrived well in advance of my flight - only to get a text message from the airline to say that my flight would be delayed by 90 minutes due to the late arrival of the incoming aircraft!!! Bloody hell, I was so hoping that it was only going to be a 90 minute delay and not end up being cancelled! I was there six hours early anyway so the thought of spending another two hours just hanging around didn't exactly fill me with joy! But at least I had a good book so having checked in (always a positive sign when the let you check in!) I bellied up to the bar to get something to eat and nurse a glass of wine as long as I could before I got dirty looks! Not that they should be giving me dirty looks anyway (they didn't!) given the prices but … you know the guilty feeling. All in all it wasn't too bad given the wine, the book and a rather lovely young Irish lad I ended up chatting to when I paid for his apple juice!! No, no, it wasn't like that. He was about 13 I would guess and had wanted to order an apple juice when the waiter explained that while they would accept his 50 euros they would have to give him his change back in Swiss francs! Well he didn't want the Swissies because he (his family) had no use for them, so I told the waiter I would pay for it - which set us up for a lovely chat in which we sorted out Brexit and figured out who was going to win the rugby 6 Nations (we were both wrong - he said Ireland and I said England. Turns out it was Wales)! Mom and dad came over afterwards and thanked me for paying for his drink and we had a nice chat, but what a lovely young lad he was - so charming and sweetly confident! It certainly helped pass the time!

It turned out in the end that the incoming flight was delayed because it could not fly over Pakistani airspace given the current tensions between India and Pakistan! So while I was somewhat fed up of having to hang around even longer I guess it's always better to arrive late than never! The flight was a good one, almost 10 hours and I never slept a wink, although I have now learned to dress comfortably and take mini toiletries on the plane so I at least feel/smell better even if I do end up looking like Phylis Diller when I get off! 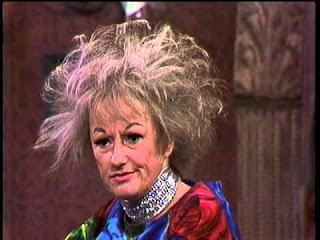 I did get to watch the movie "The Wife" on the plane though and I can see why Glen Close was nominated for the Oscar! She was brilliant (as was Jonathan Pryce). It wasn't a film that I would have chosen to go and see but it helped pass the time and, as I say, she was excellent!

I spent my first night in the beautiful Gateway Hotel in Colombo. It was pretty expensive but an excellent choice. Indeed the whole experience was excellent and the food in the Chinese restaurant was sublime! Whenever I'm going to be in a foreign country on my own I make sure to stay in a good hotel and it didn't disappoint!

The next day I got a taxi to our tour's first hotel in Ngombo to meet the rest of my group. To be honest this hotel was a real disappointment, pretty shabby and definitely very tired. But, the bed was clean and the water was hot so I knew I could put up with it until we moved on. Later that evening I met the rest of the group, who turned out to be really nice. Well, with one exception as it turns out, but then there's always one. There was an older Canadian couple who were just great. Instantly chatting with everyone and when we went out to eat that evening the husband would sit apart from his wife and chat away to everyone. She was the same. They were obviously seasoned travellers and such good company, so a good start!

The next morning we had a short trip around Ngombo fishing village before loading up and heading on to our next hotel.

On the way we stopped at a spot where the locals showed us how they climb up the palm trees to slash them and use the sap to produce arrack, which is distilled from toddy or palm syrup! Not that they used anything as boring as harnesses or hard hats (or even rope ladders!). Nope, straight up he went and in about five minutes he had whipped round and slashed all the trees!

En route we stopped at Wilpattu National Park where we switched to jeeps and set off in the hopes of spotting all kinds of wild life. The only disappointment was that we didn't see any leopards (there are about 20 in the park they think), although there was some discussion about whether one of our group had spotted one. Even with my binoculars I couldn't make it out but … who knows. We did see a good variety of other animals though, so the day wasn't wasted. Then after about four hours in the Park it was on to our next hotel in Nuwarawewa! 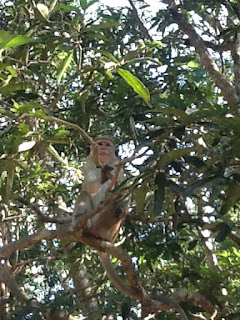 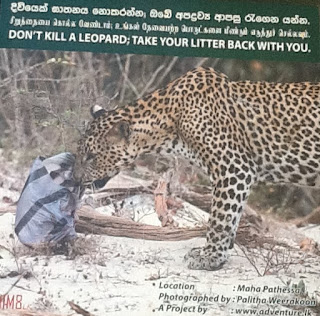