And about time too! Honestly I would say it only really "arrived" 10 days ago. It feels like it has rained and snowed non-stop since the day after Christmas but at least it is finally here - thank goodness!  I have been so good this week, watching my calories and exercising every lunchtime and walking the last 30 minutes to work three days this week. Weigh-in time soon and I really hope I have lost even a little something, although to be honest I don't feel like I have. Who knows. I guess if not you just have to keep working at it don't you!

In the meantime, walking along the lake or in the botanical gardens is just heavenly this time of year. The flowers are starting to bloom and the temperature is just perfect (for me at least - I don't like the heat). I wish someone could bottle spring and sell it as I would buy shares!

I have three "circuits" that I do at lunchtime - one down to the sauna/turkish baths on the lake and back, three times round the botanical gardens and a slog uphill to the American Mission.  I am almost on my knees by the time I get up to the US Mission but it is very slowly getting a little easier! I use the excuse of taking photos to try to catch my breath and not cough up a lung!

To be honest, when you are surrounded by such lovely scenery you have to be a bit pathetic to talk yourself out of at least going walking don't you. 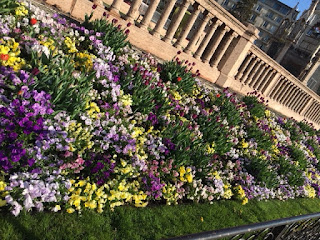 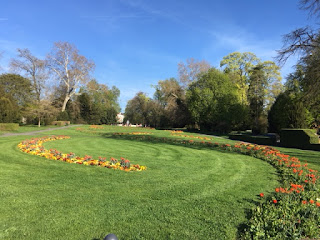 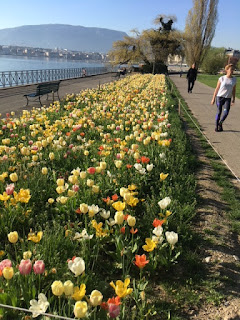 On another note, I see that in England at least there is a plan to ban the use of single use plastic straws and cotton buds with plastic handles (amongst other things). It has yet to be adopted but there seems to be somewhat of a groundswell against plastic and single use products starting up. "Great" is all I can say. Recycling and zero waste is something I am very interested in and hope to get more involved in once I retire. At least once a year there is a mass clean up at the Geneva end of Lake Geneva and it is just amazing what is dragged out of this end of the lake alone. The far end of the lake is just past Montreux (think "Jazz Festival"), with the north shore being 95 km long and the south shore around 72 km. I don't know what goes on further up the lake but I hope there are groups doing the same thing. 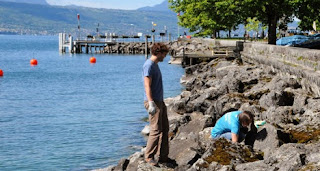 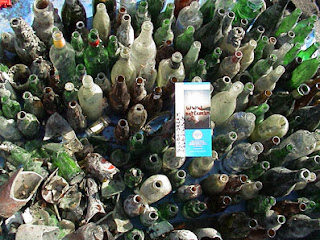 And finally, this morning I was looking up laws/regulations and so on dealing with "importation of llamas and alpacas". I said to my colleague "you know you are working in an international environment don't you when you are looking up stuff on llamas and alpacas"! Which bought to mind a funny story told by a wonderful English comedian called Hugh Dennis. Many years ago he was being interviewed at the BBC studios at Pebblemill in Birmingham. I come from Birmingham and to say that the Brummie accent is atrocious is an understatement. Anyway, apparently, the Dalai Lama was also there being interviewed in another studio. As Hugh was waiting for a taxi to pick him up a young receptionist with a thick Brummie accent called over the tannoy "taxi for Mr. Lama"! I guess you had to have been there but Hugh had me in stitches!  So on that note, I'll see you on Monday probably. Have a lovely week-end everyone!