There is a free newspaper available here in Geneva every day called "20 Minutes". You can always find a copy on the bus or pick one up at the bus stop. I usually don't bother reading it but this morning I didn't feel like reading my book so I grabbed a copy of the 20 Minutes to read. Ha! In yesterday's post I mentioned that we had visited the local exhibition centre on Sunday for the "Creative Hobbies" fair. Well yesterday, they had a practice drill at said exhibition centre to put police, firemen, first responders etc. through their paces in the event of a terrorist event. Apparently it involved over 700 people, and while I'm sure the "hostages" were all volunteers one chap said what a really weird feeling it was with people hiding wherever they could and some feeding information on the "terrorists" to emergency services on their phones. Uughh, it's the kind of place that wouldn't have many hiding places to be honest, but the thought of getting caught up in something like that makes the hair stand up on the back of my neck. Having watched another episode last night of "Saving Lives at Sea" (the fabulous RNLI volunteers in the UK), I can only say how eternally grateful we should all be to our emergency personnel!

On another note, and still on the bus this morning, there were two sets of schoolgirls who giggled non-stop from the time they got on until they got off about 20 minutes later! I don't knock 'em because I was one of them many, many moons ago. Oh, how I remember sitting with my friend Vanessa at about age 15 and giggling all the way into town. We must have driven people mad but whadda ya wanna do? That's what schoolgirls do!

I remember one time I was going to compete in a swimming gala and Van was coming into town with me to watch. In those days you got a paper ticket before you got on the bus (if I remember right) and occasionally an inspector (we called them "conductors") would get on and check that everyone had a ticket. Well Van and I were giggling away and she would fold her ticket, then bite down on it with her teeth, then fold it again, giggle some more and so on. Eventually a conductor got on and asked for our tickets. I had mine of course, but she looked up at him all horrified and just said "I ate it!" And I confirmed to him that she had indeed done just that! He must have been so baffled he just let her get away with it and didn't charge her for another ticket!

Then another time, I was sitting with Van on the bus coming home from college. We were sitting on the side seats and I had my arm bent at the elbow hanging on to a support pole. Anyway, a man got on and accidentally stood on my foot.  As he leaned over to apologize to me a stream of drool came out of his mouth, went down my sleeve and pooled in the crook of my elbow. I didn't want to say anything in order not to embarrass him but trying not to giggle with her tittering away by my side almost gave me a coronary!

Another time we caught the late night bus from town back home around 11 pm on a Saturday night, I guess. Of course in the UK we have the double deckers and this particular route had a nasty left turn over quite a sharp bump which made the bus really keel over to the right (since we drive on the left in England). We always sat up top at the back on this particular route (being connaisseurs of that left turn) and this particular night a man who was a little bit the worse for wear sat in the seat immediately in front of us. Well he must have dozed off because when we went round that bend he fell right off his seat and landed on his backside in the middle of the aisle! On hearing our stifled guffaws behind him he turned round and glared at us and said "I suppose you think that was bleedin' funny don't you?" All we could do was say "Who me? No, not me, I didn't think that was funny at all, did you Van?" and then try to stifle our giggles for the rest of the way home. 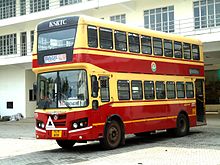 And finally, one day as we were on the bus going to college, Van was sitting nearest the window and I was sitting in the aisle seat. It was fairly crowded but there were still some seats further up the bus. Eventually a man got on and stood right next to me, leaning up against my left side. I didn't say anything but Van tried to shuffle over nearer to the window, so I followed suit. She then tried to shuffle a bit more but obviously there is a limit to how much you can "shuffle over"! She was again trying to stifle her giggles but I had no idea why, until the man got off and she said "he does that all the time, stands right next to a young girl and rubs himself up and down on her arm!!!!!!!" He had already done it to her so she knew what I was feeling (frankly at this point I could almost tell what religion he was). After that we looked out for him and would break into fits of giggles every time he got on the bus. I only hope he knew why we were laughing, is all I can say. Oh happy days .......
Posted by Treaders at 13:57