Going round in circles

As I mentioned previously, I drive to the French/Swiss border every morning, park my car and catch a bus across Geneva to work. On a good day this bus ride takes about 45 minutes - on a bad day - oh my God, I hate to even think about how long it can take! The only positive thing about this bus journey is that it is way less stressful than driving, it halved my petrol consumption and obviously makes for less wear-and-tear on the car. Well I guess there is really another positive thing in that as I go terminus-to-terminus I get to read for almost two hours a day - something I love to do anyway!

I actually get on the bus at the last-but-one stop where the parking lot is, travel the final stop back to the border and then do the complete journey in the opposite direction, so that I can be sure to get a seat. Well, this morning my friend and I hopped on the bus at the parking lot and right at the back there was a young man sprawled across the floor along the central aisle, fast asleep and reeking of booze. We decided to go further up the front of the bus because at some point other people were going to get on and they would be needing to get past him/step over him. I mentioned him to the driver but he said that he knew perfectly well about the young man as he had been "driving him around continuously since 5 a.m."! He went up to the young man and with great difficulty managed to get him into a seat out of the way and propped him up against a window. In one of his few coherent moments the young man said he was "heading for Ferney", whereupon the driver just laughed and said "you've been going round and round in circles for the last three hours and you're still no closer to getting to Ferney". I thought the driver was actually pretty good natured about the whole thing because I get that this kind of stuff happens a lot, particularly on the late-night/overnight buses and trains! 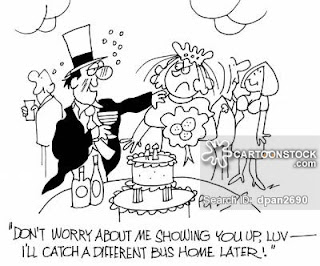 In fact, my colleague's husband is a bus driver. He prefers to work the night shift and he was saying that the drunks and the druggies are always doing this kind of thing on the late-night buses "but they never buy a bloody ticket"! (I thought that comment was great - like that is the problem with these people)! Of course, that doesn't negate the fact that I suppose they could also be a real threat to the drivers but she has never mentioned any incident like that. The biggest problems seem to be the lunatic drivers who pull out in front of a bus giving no thought to just how much damage a bloody great bus could do to them!

My colleague did say though that one time her husband had a passed-out druggie on his night bus. When he got to the terminus he picked up the guy's bag of dope and walked over and threw it into a bin, then walked back to the guy, woke him up and told him that he had seen the transport cops waiting at the next stop. The guy shot up, jumped off the bus and ran off like a lunatic - and all without his stash of dope! Cruel? Maybe - but definitely very funny! 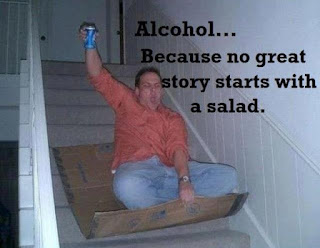