Don't let it rain on my parade!

As I explained yesterday, both banks of the the lake are pretty difficult to navigate right now due to huge concrete bollards being placed in the middle of the road during the Geneva festivities, so last night, for the first time, I decided to take the ferry-boat over the lake. The journey is only about 10 minutes long and cuts out the centre of town and the bridge and you know what, it was really nice.

You can just see part of the fun-fair set up for the Fêtes de Genève.


The crossing was very pleasant and calm, although in the winter it might not be so much fun I guess. 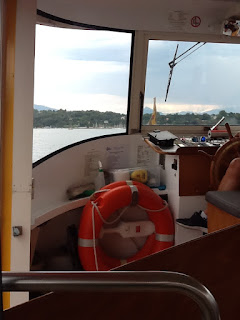 But for some strange reason I had the most amazing urge to burst into "Don't let it rain on my parade"! Not sure the other passengers would have enjoyed it much though, cos Barbra Streisand I ain't (although I might have her nose). 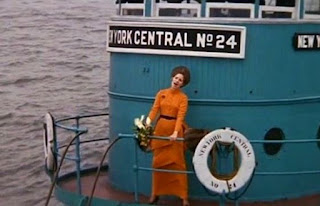 Since the roadblocks will last another week I tried a different approach this morning, getting off my bus at the station and switching to the tram which would take me nearer to work, but not quite all the way there. Touchingly a young man offered me his seat but as I was getting off in a couple of stops I thanked him but refused. Which kinda goes to show that (a) good manners still exist and (b) I probably need to up the night cream if I am starting to look like a little old lady! (To be fair though, if an older person or pregnant woman gets on the bus someone will always offer them a seat, so again that could mean that (a) I am indeed starting to look like an old biddy or (b) I need to do something about my gut)! When I got off I had about a 15 minute walk to work and managed to avoid the rain by nano-seconds. But it did bring home to me how slow I walk, I mean, old ladies with zimmer frames were passing me! I guess I could speed up my walking by taking my hands out of my pockets, but I like to think of it as a sign that I am rather laid-back (unruffled by the world, so to speak) as opposed to overweight and unfit!

And talking of alternative means of transport, I was delighted to read in the British news today of a "UFO" being "chased down the road" by Irish police! Well those were the headlines but I think it was more a case of some kind of art work designed for publicity purposes. Rather nice though eh! 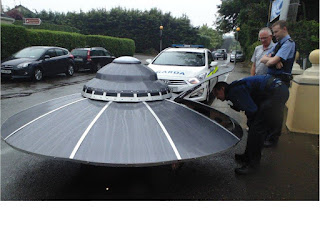 My colleague and I were joking that it is really a cunningly-designed "Trojan Horse" aimed at baffling the Irish but actually full of Brits trying to slip into Ireland illegally after Brexit ("have you got enough room in the back there Ethel")!

Today is Friday and the weekend looms bright and sunny. Tomorrow I have to go into town to play our syndicate's lottery. When I worked in my previous post we had an absolute psychopath of a boss (and I mean that in the literal sense of the word). The bitch made everyone's life hell wherever she went (or had been, or indeed eventually ended up after us) and apart from filing an official complaint against her (she eventually "left"/"was pushed" - whatever you want to call it) a group of us also set up a lottery syndicate. Something like the two-pronged approach in warfare - "if she doesn't leave we'll just win the lottery and all do a runner"! Anyway, my colleague collects the money from everyone every five weeks and I play it in France since lottery winnings are taxed in Switzerland (about 35% I think) but not taxed in France. So tomorrow I get to check our winnings (fingers crossed) and play again for the next five weeks. Isn't daydreaming about winning the lottery a nice daydream though! And for me it is just that - a nice daydream. Many years ago though I would have given anything to win just a little something as I was desperate to get out of my dreadful marriage and a lottery win would have given me a wonderful head-start to getting away from him and the violent, debt-ridden life he was inflicting on me. Then I hated going home on a Friday night because I knew what I was in for and I remember one Friday night crying as I was heading home, praying to God to just let me win "a little something, just enough to help me get away from him".

And I reckon someone somewhere must have been listening because the next morning I got a phone call from my local supermarket. It turns out I had entered one of their competitions (I don't remember doing it) and they asked me to come down to pick up my winner's prize! Turns out I had won a raclette machine! Bloody hell, what was I supposed to do with that? Throw it at him? Tie it round his neck and  push him in the lake? 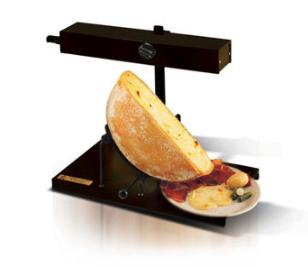 Whichever way you look at it, I guess God really does seem to have a sense of humour!