As I had posted earlier, my older brother lost his wife totally unexpectedly in January of this year. From what I can gather he is doing pretty well - there are good days and bad days of course but I always felt he would cope nevertheless. Previously he was big into swimming but, for the time being anyway, he didn't feel that he wanted to go back to swimming - maybe later. When I was in Wales for the funeral he mentioned that he felt like he wanted to join a walking group to get him out of the house, so I mentioned the Ramblers. I was talking to him this weekend and he had, indeed, joined the Ramblers and had been on his first walk on the previous Thursday. His description of that walk was hilarious. He said that even at 73 he thought he might have been the youngest of the group, and though he considered himself to be reasonably fit, they were all like "*!**y mountain goats" (his words, not mind)! He couldn't believe it! It was only supposed to be a 4 mile hike so he was thinking it would take just a couple of hours. But NOOOO, it turned into a 6 mile hike "up and down the bloody Welsh mountains". He said these "oldies" just shot off like mountain goats and while everyone was really nice he soon realized exactly how out of his depth he was (to put it politely).

He described one lady as "a Joyce Grenfell type" - anyone who remembers Joyce will know exactly what he meant.

She seemed to take a shine to him and walked along with him, all the while knitting as she went! He said she had a ball of wool in her pocket and knitted and yacked for the entire walk - not that he was complaining, because he couldn't catch his breath anyway. She was incredibly knowledgeable and explained all the different types of sheep's wool caught in the hedgerows and so on. He couldn't believe that she could walk, knit and talk without skipping a beat or dropping a stick, while he was on his hands and knees discreetly trying to avoid coughing up a lung.

At one point they came across a small bay which he hadn't seen before, and were lucky enough to spot a mother seal and her pups splashing around in the water. Idyllic indeed. His intention was to "pop into ASDA" on the way home to get some groceries, but he ended up going straight home to a hot bath and a glass of whisky, while at the same time realizing how ill prepared he was - the wrong boots, the wrong rucksack, the wrong .... you name it .... and just how unfit he was. He said they were a nice group though, extremely well organized and very friendly and that he will go again, only better prepared! 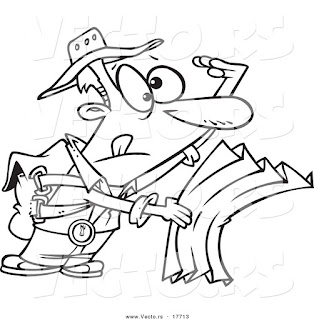 Funnily enough, when we landed in St. Lucia, waiting in the arrivals hall was a driver holding up a "Ramblers" sign. He was there to pick up a group of Ramblers from the UK who were in St. Lucia for a rambling holiday. Bloody hell, "rambling" in that heat - it was as much as I could do to stagger down to the beach in the mornings!

On an only slightly related note, many, many years ago, when I was a little girl, we were on holiday "down south". We were driving round Dartmoor when my mom said that she was bursting for the loo. I mean, in the middle of Dartmoor all those years ago, what was she expecting? So my dad stopped the car and when she asked where the toilet was he said "20 yards in any direction".

So mom scooted out and went behind a bush for a pee. Trouble was, when she pulled her knickers back up and got up to leave the bush got up at the same time - it was a bunch of soldiers on training exercise. I guess we can mark that exercise a success then! 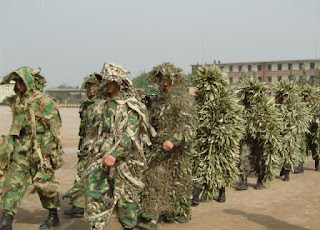