Yet again, there's not an awful lot going on around here right now, although the weather continues to be beautiful and the autumn colours are just glorious! I always decorate a little for Halloween (nothing over the top) even though I don't get that many trick or treaters because it's not such a big thing over here. I did do a great Mutley impersonation though, muttering under my breath, when my doorbell went on Saturday night and I opened it to two "witches". Thankfully I was gracious when I explained to them that actually Halloween is tomorrow 'cos the oldest said "oh I know, but we won't be around tomorrow so we thought we'd come early"! Right you are then! Then she asked me if I was American, to which I said no, my husband was American, although technically he still is American he's just no longer my husband (note, I didn't go into all that detail 'cos let's face it, all they wanted was candy, not my entire life story, right?). Then she said, "yeah, but you're Jordan's mom and Charlie's grandma aren't you?". When I said I was, she went on to explain that her mom was Jen's best friend, so boy was I glad I didn't yell at them to bugger off and come back tomorrow night! On Sunday I got a couple of visitors in the early afternoon (all the while muttering yet again that this is going to be a really long evening), but when I opened the door to see a really little girl (and her daddy) I was glad that once again I had managed to stuff my inner Mutley back into his cage! All in all, I didn't get too many visitors and it turned out to be quite a pleasant evening all told! 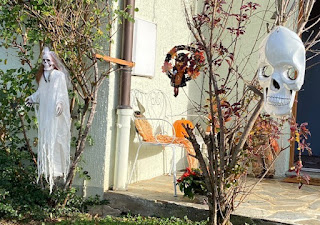 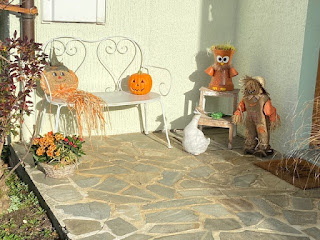 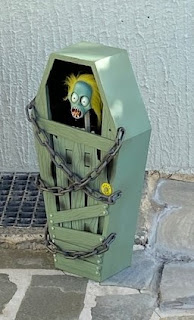 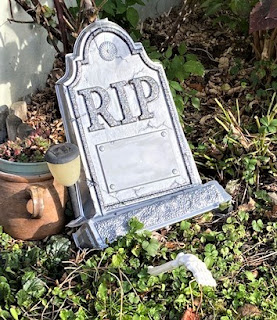 The Dutchman called to see if I wanted to go walking earlier in the week so I at least managed to get in one half-way decent walk, all while he whinges about how far it is to drive to my place and I whinge about having to listen to him whinge, so nothing new there! We lucked out too because although it was bitterly cold we managed to dodge in between the rain drops and got in around 8 km all told, even if it was on the flat!

We got snow down to about 1,000 metres earlier in the week (I live at 800 metres, so it's definitely coming closer) and it is so pretty in the sun with the autumn colours. The Dutchman hadn't realized I live so close to the Plâteau de Glières (where a big resistance battle took place in WWII), so he asked if I would be up for driving up there soon as it's a place he would like to visit. To be honest, the visitors' centre isn't very big, but there is some lovely walking up there - on the flat, it being a plateau, of course - so hopefully we can get a couple more walks in before the heavy snow comes!

All the houses round here have shutters on the doors and windows so I've started shutting them at night as it makes quite a difference to the indoor temperatures and fuel consumption. Actually it's been really good to see how relatively little fuel I'm now consuming since Max installed my new heating system. I'm now heating the house and the hot water by fuel and consuming less fuel per year than previously, when I was just heating the house! I suppose that's to be expected with a more efficient heating system, given that my previous furnace must have been about 40 years old. Still, it didn't owe me anything did it! Mind you, given that I shut all my shutters and I have a fire guard in front of my fireplace, I got the fright of my life the other evening when I was sitting reading and a terrified sparrow whizzed past my left ear! Somehow he must have managed to come down the chimney (dodging the plastic that I put up there to keep the cold air out), weave past the fire guard and was then frantically trying to make his escape while I was jumping up and down attempting to get a window open to let him out!

At the moment Jordan is working just down the road from me on a block of 28 new-build apartments, so the other day I made what must have been the flatest Victoria sponge cake and took it down to the site for him and his friends to have with their coffee (I told him if they didn't like it to tell them Jen had made it, but it all went anyway). They have a Senegalese refugee who just started an apprenticeship with them and who Jordan gets along well with, but the other day Max pulled the "new guy stunt" on him when he asked how he knew that the cement mix was ready. So Max dipped his finger in the mix and licked it (or licked another finger) and told him that's how he figured out the right consistency. Poor sod, got a mouth full of cement mix before he realized they were having him on! They also told the other newbie that when he was cutting metal he needed to collect all the metal splinters as they rounded them up and sold them on to the scrap metal merchant! Ha, in my day they used to send the poor buggers out to buy a "bubble for a spirit level"! Still, they took it in good part!

Talking of DIY, I got the sealant product out that I'd bought the other day to see how it worked on my shower room window and man is that window in worse shape than I thought! Well three of the velux windows are actually, so I think I should get someone in to see about changing them at some point, even if there's never a great time for incurring more expense is there! I got up the ladder and cleaned and sanded the window and then applied the sealant and while it's a definite improvement I reckon I should be thinking about changing them sooner rather than later!

In other news, it's starting to look more and more like Brands Hatch round here, what with all the delivery vans constantly driving round our little island. I want to say "Amazon" delivery drivers, but obviously they're not necessarily all Amazon deliveries, of course, but boy are they busy and, I have to say, hard working! The other day I saw a cute little toy for Charlie for Christmas, ordered it in the evening and it was delivered the next day! Man, whatever you think about Amazon, they are (for the most part) damn efficient! I offered the young woman driver some Halloween candy as a thank you and she just laughed and said she'd forgotten her outfit!

And finally, have you noticed how prices on everything seem to be increasing? Petrol, in particular, I noticed had gone up 20 cents a litre the other week over a period of about a month (that's almost $1/gallon). So of course there are continuing protests in France, not only against the vaccine passport but also about the price of petrol (plus the reform of the pension and the unemployment systems, to name a few). I found out quite by chance (thank you Facebook) that it would be a good idea not to head into town today as Jean Castex, the French Prime Minister, was coming through town to head up to Le Grand Bornand (a local ski resort), so all the roads were closed off and the gilets jaunes (yellow vests) had prepared a warm Savoyard welcome for him. Now Jean Castex is to charisma what Cheez Whiz is to real cheese so all I can say is it couldn't happen to a nicer man! 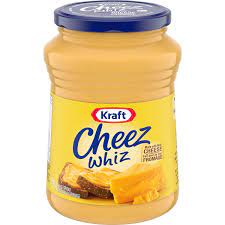