Where did the time go?

Wow doesn't this pandemic make time seem like it's standing still? I suppose no-one is doing much of anything and each day kinda merges into the previous one and just drags along doesn't it! Well that was how I felt until FB reminded me the other day that it's now been eight years since I went to Peru! Crikey, March 2013 saw me flying off on only my second "solos" holiday to fulfil a dream of mine, which was to visit Machu Picchu. It was bloody hard work though, the altitude sickness being difficult to navigate, but I did, indeed get to see Machu Picchu and the floating islands of the Uros - and enjoy wonderful weather on what was a bit of an "iffy" vacation weather-wise. Peru was also where I met Steve (RIP mate) and gave me the confidence to try out the longer-haul solos trips and not just the European ones! Gosh I'm starting to look forward to travelling again, although who the heck knows when that will be! 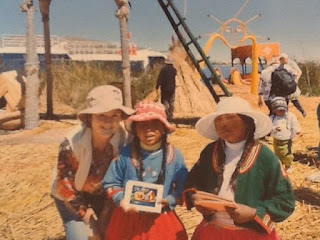 Since any kind of travelling isn't on the agenda right now, but with spring on the way, I'm looking forward to getting back up to the higher walks I'd been attempting before the snow came because I'm not getting any fitter just slobbing round here am I! 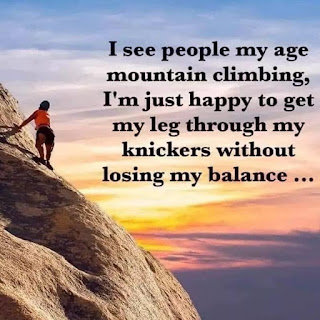 Max finally stopped by yesterday to replace the pump on my heating system which should prevent the condensation leaks I've occasionally been getting in my basement. He also took away the four BMW tyres (tyres and rims) that a friend of his wanted and that I had had in my basement for ages, so I also talked him into taking the final two tyres to the tip for me, figuring he owed me one, what with all the hassle I've had with my heating system. So yay me, I've finally got rid of - I think - 10 tyres/wheels from my basement so that's a move in the right direction!
Then today I drove my friend down to Annecy for her to hand over her paperwork for her resident's permit and we were yacking so much we ended up taking the "scenic" route again (i.e. we missed the turnoff)! Still we made it just as the immigration offices were opening up and all in all I would guess it only took about 40 minutes for her application to be processed. She was telling me that one lady from Côte d'Ivoire starting kicking off and yelling at staff because "there is obviously something wrong with the ticketing system, as some people have got numbers in the 100s and mine is number 550"! They tried explaining to her that each of the six different desks dealt with different situations so the numbers weren't consecutive. For instance, they had one desk specifically for Brexit Brits which moved pretty quickly because we would all have at least five years' residence in France at this point. Then they had a second desk for new immigrants, and others were divided into zones for people coming from different countries. But she was having none of it. In the end the head honcho told her to just keep it up and he would have her removed from the premises and she could start her application all over again - and lo and behold she must have figured it was probably a smart idea to shut up. I always think unless you've got a very good reason to be ranting it's always a better idea to remain civilized and polite because (a) these people are just doing their jobs, (b) she was not being discriminated against, and (c) in the end they hold the power ultimately don't they! But as I say, all in all it only took about 40 minutes for my friend to get her paperwork completed and I got to sit on the lake front at Annecy admiring the view in very pleasant weather! 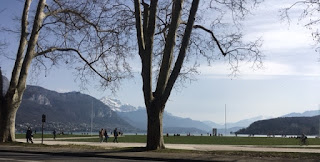 I'm trying to make an effort to be more au courant with what's going on in France, despite not having French TV, so I'm at least picking up the news and a few documentaries online every couple of days. I was watching one report the other night to try to understand more about the proposed reform of French pensions and why there were massive protests. Well I can't say I understand all the ins and outs of what is going on but to see how some people are struggling along on tiny pensions is really sobering. And while much talk might be given to improving the lot of the little man, I'm not so sure that's how it works really is it! And then how about ol' Sarko getting a prison sentence???? Just in case you missed it, former French President, Nicolas Sarkozy, has been sentenced to three years imprisonment for trying to "influence" a judge (read "bribe") investigating allegations of improper funding for his 2007 presidential run. His getting millions in campaign funding from the l'Oréal heiress, Liliane Bettencourt, was the main focus of their investigation - although not the only one - and apparently they have recordings of him offering "favours" to one of the judges involved in return for information on the investigation. So yeah, two years' suspended prison sentence and one year under house arrest (during a pandemic? yeah, that'll teach him)! He's been on the news doing the rounds these past few days saying how he intends to appeal and "defend himself vigorously" as it is all "fake news" basically, but either way, you can bet he won't be struggling to get along on a presidential pension of around €750 a month!
And finally, I saw the other night that Amazon Prime had Florence Foster Jenkins showing so as I'd wanted to see it when it originally came out I thought I'd sit and watch it. I didn't get all the way through it as it was late but I have to admit it's "watchable". Well anything with Meryl Streep in will do it for me. Hugh Grant - well he just plays Hugh Grant really, but I have to admit the real hit for me has been Simon Helberg (Howard, from The Big Bang Theory)! I think he's a talented comedian and watching his facial expressions when he hears Florence's singing voice and realizes he has to accompany her on the piano is a real treat. I've got the last part to look forward to tonight, but when you realize it's based on a true story it makes it that much funnier. So truly "light" entertainment!
Posted by Treaders at 20:49