Biboo arrived safe and sound at 12.50 this morning - well what should have been yesterday evening I guess because we put the clocks forward today. The first 12 hours were apparently horrendous as Jen threw up with every contraction but then an angel in human form descended from above with an epidural in his hand and both Jen and Jordan got to enjoy the rest of her 21 hour labour, with Jen being allowed to pull the baby out herself. Turns out Biboo is a little boy (I was right!!!!) and weighed in at 3.2 kg. When I looked up "3.2 kg to lbs" it suggested cooking time for turkey (ha) but that's just over 7 lbs, so a good weight for a first baby, particularly given that Jen is so tiny. His name is Charlie, but I suspect he'll be Biboo to me for quite some time. Oh and tonton (uncle) André is so totally in love already it's something to behold! I'm now officially the (second) happiest woman in France today (with Jen being the first)! 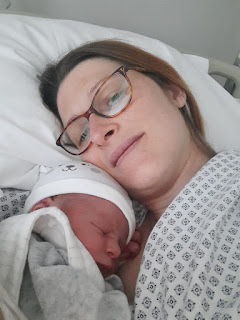 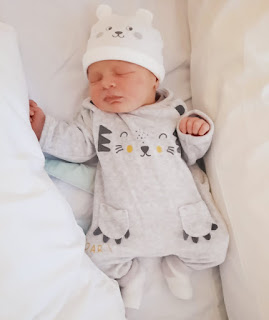