Last night we held our latest board game evening up at Valérie's house, which is in the shadow of the Môle mountain. Her house is at 1,200 metres altitude so we knew it would be chillier up there, but although the sky was cloudy the peaceful bucolic atmosphere was just lovely. Her partner, Marc, had taken himself off hiking and was intending to camp overnight further up the mountain (they are both avid walkers/hikers) so it was just Valérie and one of her daughters - Marianne - who, it turns out, was an absolute blast!
Isabelle and I were asking Valérie how long it took to hike up the Môle and she said she could make it up to the Petit Môle in about 30 minutes, and the Grand Môle in about an hour - so you can probably double that for me then! Jordan and Jen live in St. Jeoire, which is on the other side of the Môle, and while it's not a particularly high mountain it's not the easiest of hikes, so if I'm thinking of going up there I'll need to get some practice in I should think. Anyway, once again there was waayyy too much food but we had a lovely evening, getting home at around 2 a.m. and with me getting to bed at 3 a.m.! 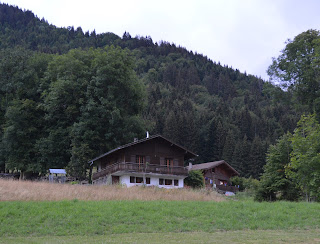 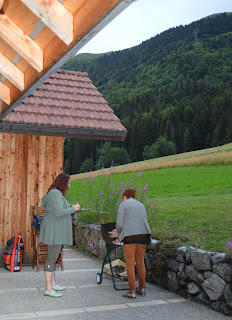 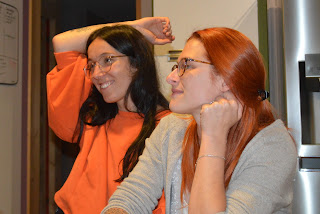 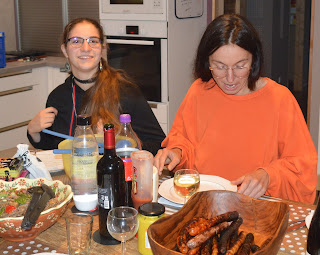