Crikey, last week was busy! Not that I mind that for the most part, but what with the house being all torn up (my furniture is still in the middle of every room so that the heating engineers can have access to the radiators) the chaos has taken some serious ignoring skills, I can tell you!

I went to yoga twice (Monday and Tuesday) and then went on the hike I mentioned in a previous post. Normally I try to go in to work on a Wednesday also to use the gym and meet up with friends, but Max phoned and asked if they could come over on Wednesday to finish hooking up of my water heater and the fuel heating system, so I had to stick around. It took the three of them all day to get it set up but I have to admit I'm dead impressed! That stuff looks complicated! So when my hot water started coming through and even the radiators that had previously died on me started heating up, I was dead chuffed! "Oooooh look Max, it works" - at which point he gave me the evil eye which, if I'm not mistaken, seemed to say of course it works you dumbkopf, that's my job! He has to come back sometime this week to install adjustment valves on the radiators but that shouldn't take him long, and in the meantime I have heat and hot water, which is just as well since the weather is starting to turn (although I can usually live without turning the heating on for a long time too - you know, being English and all that)! But, after they had left for the day I realized that Max had left his sweatshirt in my basement, so I threw it in the wash with some of my stuff, ironed it and since I had my sewing machine out I sewed a name tag in it - you know, like your mom did when you were at school - and sent him a message to remember to pick it up when he comes by this week!!!

So since I was somewhat trapped at home I went back to pulling apart and cleaning my kitchen and this time it was the turn of the spice cabinet. Crikey, some of that stuff was ooooolllllldddd! Now normally I don't care too much if stuff like that is out of date but there does come a point when it no longer has any flavour either so I decided to get rid of a lot of it. I must have thrown 20-25 bottles of various herbs and spices (there were many duplicates of things like allspice that used to be so difficult to find here) so I emptied each bottle into my bin and put the glass bottles in the recycling but, honestly, my home smelled like a curry house for a good 24 hours until I got that bin out of there! After that, still trapped at home, I started work in the garage and found 13 gas bottle caps - you know what you put back on the gas bottle when it's finished which helps you to lift it (the bottles are pretty heavy). But thirteen! I probably had five bottles myself - for the BBQ, the hob and the camper, when I had one - and got rid of any excess bottles. But when my husband went back to the States without emptying his house I ended up with God-alone knows how many more gas bottles and caps (one guy asked him if he was planning to blow up the town hall), so I'm now planning to get rid of all that as well! In the meantime, my lovely neighbour was out in my garden hacking back my hazelnut, damson and plum trees (I get the impression he didn't like my handy work so decided to put himself out of his own misery and finish it himself)! And, he took it all to the tip for me too! Win/win then! He gets to keep his sanity and I get my garden sorted! 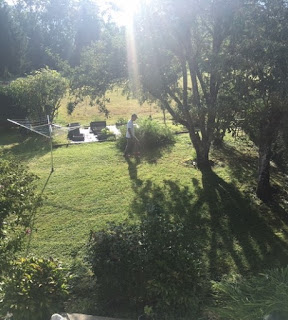 Then on Wednesday night I had my very first Italian lesson and I loved it! I got there pretty early so I could find my way around - and then sat there, and sat there. You see, the lady teacher was a "typical" Italian and was chatting away gaily with the group before us, seemingly oblivious to our group waiting outside. That being said, she was delightful - your very stereotypical Italian, talking very loudly and using her hands constantly! I actually found the lesson pretty straightforward (ok, it was only the first lesson) because I speak Spanish and so it seemed to sink in easily. She also didn't clock-watch at the end of our lesson and as there are only seven of us in the class I suspect I might enjoy myself very much. I realized long ago how lucky I was to have had such an excellent French teacher in high school. He was so strict but he drilled French grammar into our heads with silly little rhymes and songs and it worked! The grammar stuck! Actually, after I got my job in Switzerland in 1980 I wrote to thank him for his wonderful teaching skills as I felt that they went a long way to helping me to get such a great job - he wrote the sweetest letter back (which I still have somewhere). I learned that he died not long afterwards, so I'm so glad I made the effort to show him my appreciation!

As I couldn't find Italian lessons in my local town I had to drive 45 minutes to another community centre, but since it was dark on the way back I made the decision to stay on the motorway (I usually like to take the back roads) because the Facebook group I follow on "the state of the roads" has had "scam" warnings one after another, after another lately about foreign-registered cars (usually Bulgarian or Romanian, sad to say) supposedly broken down on the side of the road with the guy waving a bank note at passing motorists. I mean seriously, we might get five of these warning a day and it will very often be exactly the same "broken down car" at various spots along the lesser-frequented roads! People call them in to the police but there is very little they can do to stop them, I reckon. Having had a friend almost caught out by these bastards over 30 years ago on a dark country lane (she managed to throw her car into reverse and swerve round the four men who got out of the car), there is no way I would stop for anyone, particularly late at night! Sad though, isn't it!

Then on Thursday morning I had my first pilates lesson in town - and crikey, I discovered muscles in places I didn't even know I had places!!!! I had tried pilates very briefly a few years ago, but as ever it was the eternal problem of not being able to make the class on time because of the traffic. I must admit I had visions then of doing a few "piddly little exercises while sitting on a space hopper", but boy did I ever get a shock (and some very sore core muscles the next day). But all's well and good this time because at least it gets me into town early on a Thursday morning in time for the market, when otherwise I might get hooked on reading on the computer and end up missing the market yet again!!! 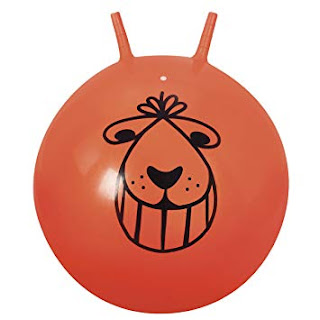 Oh, and I was playing Words with Friends on FB the other day (I actually had one word score 198 points would you believe!!!!) when I realized my oldest was online. I had forgotten that he and Lily are in Korea so bugged him to send me some pictures, and how lovely they are! Lily's mom was originally from Korea and Lily spent nine (I think) months in Korea learning the language a few years back. It's a country they both love (Seoul is a young people's city I understand) so if they ever decided to leave Switzerland I could see them heading out that way, although I don't actually reckon they will ever leave Switzerland, to be honest!

And finally, I sat down today to watch England's opening match of the rugby world cup. My friend was obviously doing the same as he kept sending me WhatsApp messages throughout the match!!! I had mentioned to him that a retired colleague had seemingly suddenly been taken very very ill and it turns out she died on Friday night. Anyway, C then sent me a message that another retired colleague died this morning also, having not been ill for very long either!!! We worked for a relatively small, friendly organization and all tended to know each other, so two deaths in two days has come as a big shock, and since I don't think either of these colleagues was 65 yet, that made the shock even worse! I guess you really never know what's around the corner do you - I hope that's enough to make all of us more determined than ever to go for it while we can!