Everything except the photos!

We're still waiting for the photographer's pictures of the wedding - more exactly, we're waiting for him to finish the web site that he will then forward on to the kids so that we can make up our own albums/choose our favourites. Can't be long now though can it! Anyway, back to the visit from my family. On the morning of the wedding we had a wander around the market in our little town followed by a drink in a local café. I also wanted to buy flowers as it was my neighbour's daughter's 40th birthday and I wanted Jordan and Jen to present them to her at the wedding. This was the neighbour who took care of Jordan when I went back to work after my maternity leave. She only ever babysat one kid - him (was he that awful that she couldn't face any more? Nah. She loved him - and still does). So Jordan was deliciously spoilt by a lady (and her husband) who treated him like the third child that she had wanted but never had. He also got to grow up with her kids as though they were an older brother and sister and they are still close to this day. Anyway, after the market we got changed and headed off to the château and oh, was it ever pretty! It's a lovely spot anyway, but all the more so all done up in its finery - I'll post more pictures when I get the photographer's photos, which are obviously much better than my iPhone pix! 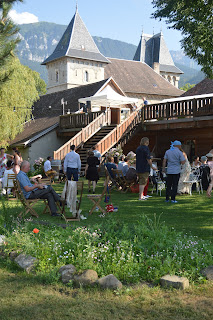 The kids looked absolutely stunning of course - by gosh they scrub up well - but we got the shock of our lives when we saw Jordan - because he had had his long hair all cut off! His hair was so long he could sit on it; he used to wear it up in a "man bun", which I kinda liked, but nah, he decided he wanted to go with something different and got it all cut off the day before. Jen's grandfather led the service and it was really sweet, with Jen struggling on valiantly saying some of her vows in English. She did really well - and didn't blub until after she had gotten through it (at which point my family cheered her!). Very thoughtfully, the caterers were handing out ice cold water bottles, including during the ceremony, as it was so hot! Then they had what they call a "vin d'honneur" which is what the French do to invite a wider group of people to have a drink with them but who would not normally be invited to the sit-down meal. There was a lovely selection of snacks and cocktails out on the terrace with, what I am told, was a pretty strong gin and orange mix, champagne, beer and non-alcoholic drinks, all the while with a saxophone player playing in the background and the photographer's drone flying overhead taking pictures. Really neat huh!

A few hours later we went indoors for what turned out to be an excellent meal accompanied by delicious wine, all chosen by the kids. They really excelled themselves to be honest as everything was perfect. After the main course the saxophone player starting playing a few bars of different songs and each table had to try to "name that song". We were at a serious disadvantage here as many of the songs were French but we had a lot of fun anyway. At the end he played "the most difficult song of all" and started playing "Happy birthday to you", at which point Jordan picked up the birthday card I had had everyone sign, I handed him the bunch of roses and he went up to Mathilde, the neighbours' daughter, and wished her a happy birthday - at which point she promptly burst out crying! Great eh!

Then there was music and dancing which went on until 3 a.m. (the cut-off point for music). We managed to last until 1 a.m. but after that we decided to leave it to the youngsters. I was pretty hyped up and couldn't get to sleep anyway, so it was no surprise that I heard my oldest son and four others coming in the back door at 5 a.m. going "shhhh, don't make a noise", followed by creak, creak, creak as they tiptoed up my noisy stairs. They tried really hard not to make a noise but that's pretty much impossible in my place.  I had made up five more beds/mattresses for them to crash on, although I swear I have no idea who one of those kids was (I just hope my son did and that they hadn't picked up a "stray" on the way over). It was ok with my ex too, which was a relief. As I have been sorting/decluttering a load of his stuff from my basement I found a leather-bound bible that a previous girlfriend had had engraved for him (one of the gfs after our divorce but before the latest gf - hard to keep track of sometimes isn't it!) and I handed that to him at the wedding and he surprised me with a photo of our son that he had had blown up and made into a picture for me - so it was all very civilized in the end. Thank god for that!!! It really was a perfect end to a perfect day! 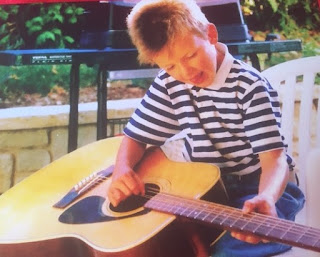 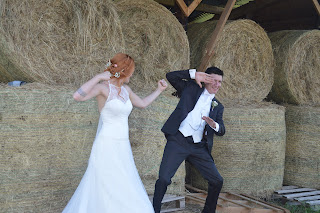 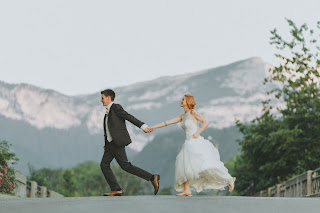 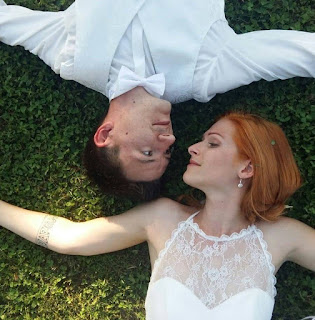