After two nights spent in Monteverde we made our way back down to the lower altitudes and on to our next stop, which was Manuel Antonio National Park. On the way there we stopped to pick up picnic lunches as we were going to visit another park beforehand and right there, at the bridge over the Rio Tarcoles, we got to photograph heaving masses of crocodiles. There were 100s of the bloody things (ok maybe a slight exaggeration but definitely tens of the bloody things). Wouldn't want to be down there trying to swim. 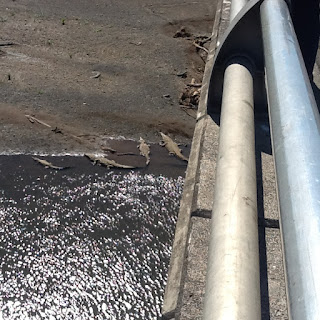 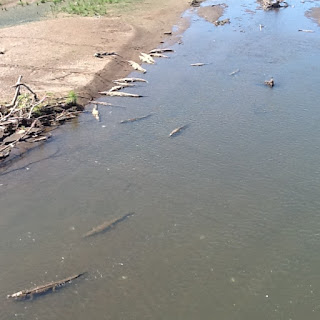 After that a short stop to Carara National Park for our picnic lunch and a quick shufty, but apart from these rather weird looking iguanas we honestly didn't see much, to be honest. I guess it is hit and miss isn't it, but I'm not complaining as we had already seen so much. 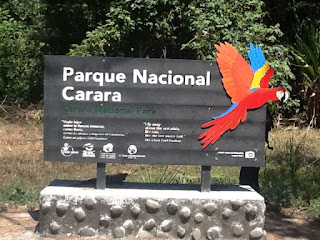 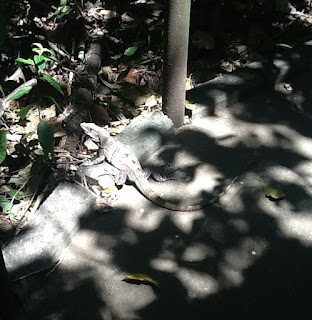 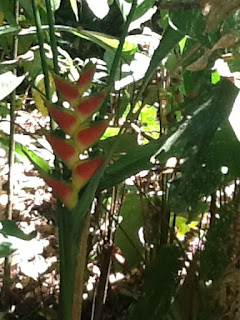 After that short stop it was on to our most lovely destination - Manuel Antonio National Park! We stayed about 500 metres from the entrance and while the guide was giving us the basic rundown on how the next couple of days would pan out I saw a troop of about 10 monkeys running along the telephone wires! I was so excited. I guess when you don't live in a place where monkeys roam freely it is just so exciting - well at least it was to me. Could it get better? Well yes it did actually!

The next day we set off on foot for the park for about 45 minutes of bird/animal watching/hunting. This is in fact where I saw the next sloth but even through the microscope he didn't come out great in the photo. After about 45 very hot and humid minutes we arrived at the beach, only to be met by the largest and most beautiful butterfly I have ever seen. I think this one is called the Blue Morpho (but don't take my word for it). He was all over the place and looked to be about six inches across with the most stunning, shiny blue wings. Of course, every time he landed he closed his wings so I wasn't able to catch a photo of him but oh my, how beautiful! 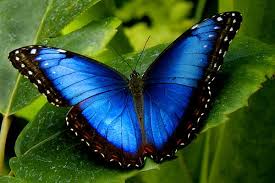 The beach was absolutely stunning and hardly anyone there. If that had been England it would have been standing room only and then people sitting on your shoulders! 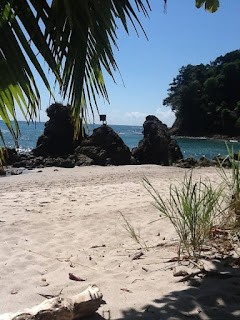 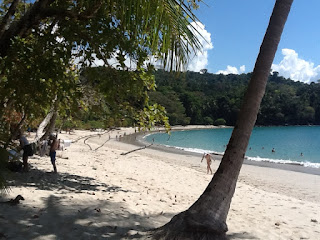 Our guide did warn us, however, to watch out for the raccoons who seemingly had no fear of humans and would come rummaging through your bags looking for food if you weren't careful. And they did! Little groups of two or four, coming right up to the sleeping beachgoers and trying to get into their bags!  He also told us that around mid-day the monkeys would come bounding down, also looking for food - and you guessed it, bingo, at mid-day they came swooping down! In fact, my colleague was telling me that when she and her husband were in Costa Rica a monkey stole a banana off a beachgoer, tucked it under his arm and charged off, with the "rightful owner" of the banana racing after him. Her husband just happened to be in the right place at the right time to point his camera and starting clicking - she said it is the most amazing picture! 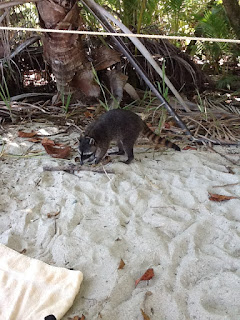 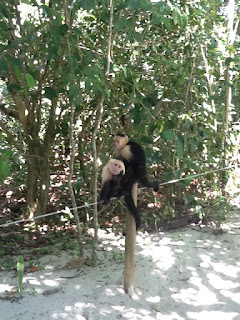 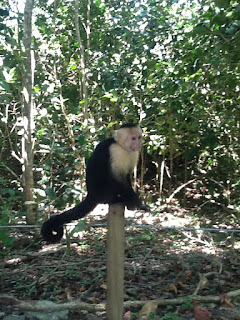 There was what appeared to be a mother with between three and five babies in amongst the troop of monkeys. Her face was all scratched up so I don't know if she had been fighting with other adults or whether it was scratches from the babies, but I wouldn't have liked to get too close to her (naturally). It really was a lovely way to begin winding down our trip. We had two nights in Manuel Antonio before we had to head off back to San Jose, but talk about saving the best for last!