Finally the weather broke last week, and while we've had some rain and the temperatures have dropped to between 25-30°C it's still lovely out - and a real pleasure to feel some oomph coming back! I generally feel bleh in the summer so I don't know why it always takes me by surprise! I felt like I had no energy or motivation to do anything other than sit on my butt but hopefully that will change now!

It's nice to be sleeping better with the cooler weather, although I've noticed my feet have been "restless" in bed - which I put down to being on them so much. Then the other day I spotted an advert for "detox patches" for the feet - I guess related to reflexology - advertising patches for "ionic foot detox and Meridian therapy" (containing various medicinal herbs etc.), claiming they could ease tension in the feet, help you sleep better and detox the body! The write-ups on Amazon were a bit "iffy" but for €20 for a 100 I thought "what the hell" and bought them. And would you believe it, by jove I think they're working for me! Now I wouldn't know if they're "detoxing my body", but when I woke up the next morning the aching was gone and that restless, heavy feeling seems to be kept at bay. Now it may be a load of old codswallop but since I'm interested in this kind of thing anyway, I thought it wouldn't hurt to give it a shot - and I'm actually pleased with the results! 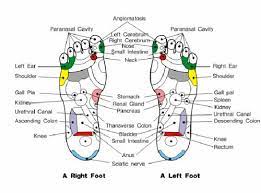 While I was on Amazon I also bought two 3-packs of Moston LED rechargeable lights since I reckon we're going to be in for a few power cuts this winter (we always get them), and thought I should get better prepared and not rely on the crappy flashlights in my drawer. I charged all six last night, put three in strategic places upstairs, one in the kitchen and two on the cellar steps/basement - and I'm delighted with them! I've made a note to myself to make sure I keep them charged, but what a good purchase they turned out to be!

Jordan had last week off as he wanted to do some final running around before going back to work and use the remaining few days of leave to redo their balcony. He took up the horrible wooden flooring and laid concrete tiling, redid the railings and set up a BBQ/fridge area. He did a great job of it, although I'm sure having Charlie help made it so much easier!

I drove into Geneva last week to have lunch with a friend and crikey is that place all dug up! I was really glad I know Geneva well, having lived there for five years, because half the roads are blocked off and you're pretty much left to your own devices to figure out how to get around!

So with my new "zen" energy starting to come back I've slowly been decluttering inside the house and working on the raised beds in my garden in order to prepare for any autumn planting I might want to have a go at (lofty aims I feel, but who knows)! I attacked a couple of drawers the other day and they took ages to sort because one was full of receipts that I wanted to look at and the other was full of jewellery and odds and sods that needed to be gone through. I actually found a fitbit in an unopened box which I reckon I must have bought while the last one was on its last legs and then never gave any more thought to it. (Note to self, the walking is not going that well this year so it's time to put that fitbit to good use, methinks)! I also paired up and sorted tons of junk jewellery (I think the polite word is "costume jewellery", but we all know what I'm talking about) and boy did I have loads of pairs of dangly earrings - which probably looked quite nice when I still had a neck, but now - not so much! So off to the charity shop they'll be going!

In the garden, the damson bush has only produced about a dozen measly damsons this year, but the peach tree has gone nuts - I guess it likes the prolonged heat! The peaches aren't exactly eating quality, but are perfect for jam-making, so yesterday I cut a load up and set to making peach jam. Only problem was, I went and sat down outside to read "for a minute", forgot the jam and now I've got a jar of what can only be described as a solid, burnt, orange brick!

In other news, I got quite a shock last week when my oldest nephew (the son of the brother in Wales who died a couple of years ago), called me to say that his younger brother was in hospital after having a stroke. Say what???? The guy is only 52, doesn't smoke, hardly drinks and has a job that keeps him physically fit! The good news is that as it was a relatively minor stroke he was only in hospital a couple of days and they think they can handle it with blood thinners, but to say it was a shock all round would be an understatement! The oldest brother went down to visit this weekend and they drove past the house where I grew up before coming to Geneva at age 21. Now I thought they were going to demolish those houses but apparently they've been done up and the estate renovated quite a bit. The junior and infants' school used to back onto our garden, so if I was ever late for school I just climbed over the fence! Well apparently the school sports fields have completely gone and been replaced by new school buildings while about 200 metres down the road (where the filthy old River Cole runs), it's been done up and looks pretty nice now! The down side is that in the article my nephew sent me they were talking about still having to fish shopping trolleys and wheely bins out of the lake! Maybe it's not just England, but I have no idea why people can't respect these places - I certainly don't see that kind of behaviour in France where I live! But to destroy and pollute something that was intended to give pleasure is just beyond me!

And finally, for some years I've been following a blog dealing with narcissism. It fascinates me, having had the misfortune of working with the narcissism poster girl. I'm not on there very often now but occasionally pop in to see what's going on. Well one lady wrote about how the cheating narc she had once been married to got a job with Zambian Airlines after their divorce. He was a flight attendant but she described his uniform as "all gold braid and chains" and which wouldn't look out of place on a five-star general! Anyway, she and the children were living in a small mining village in Yorkshire and one time her ex came to visit the children. She described him as a man who wouldn't walk 20 metres if he could drive it, but the first night he got all dressed up in his "military uniform" and found a pretext to walk the mile into the village twice in the same evening! Knowing a little about "dour" Yorkshire people (Steve was a Yorkshireman) and having seen a few episodes of Last of the Summer Wine, the visual she described tickled me to bits!