So we had Jordan's surprise 30th birthday at my house yesterday, but damn were we lucky! The weather this week has been so up and down and on Friday it rained and right now it's pouring down hail storms!!! But yesterday the gods smiled on us and it was wonderful. No rain and about 30°C all day! What more could I ask for?

At a guess I think we were 30 to eat and maybe 50 dropping in for a drink. I'd done all my shopping by Thursday and Jen and her mom came over the day before to help set up, with Jen lying to Jordan about going to work, and four hours later we'd pretty much got it all done. I have to admit I stress over this stuff but everyone showed up and hid behind my neighbours' hedges until he arrived (said neighbours who had been wonderful about lending me chairs/tables etc.) and it all worked out great!

Max showed up with his girlfriend, Elise, who is quadraplegic (following an accident with wild boars), and then had a problem with the wheelchair ramp on his van. I sent André out to help but seriously??? You send out a guy who doesn't know the top end of a screwdriver from the bottom? But we got it sorted and everyone was hidden out behind the neighbours' hedges when Jordan arrived. He thought we were heading out to the village restaurant but nope, we had about 30 people à table and maybe another 20 stopping by for an apéro! And yes I'm knackered but dammit, I'm so so happy that I have all the people that I love so close to me! 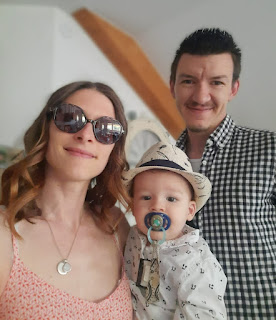 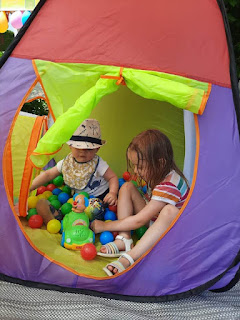 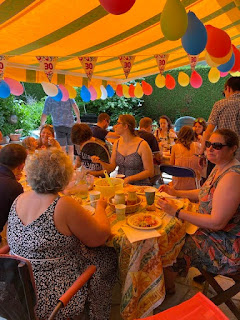 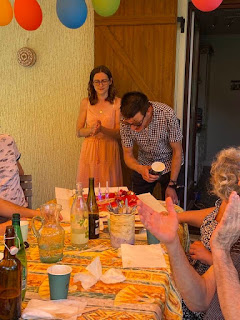 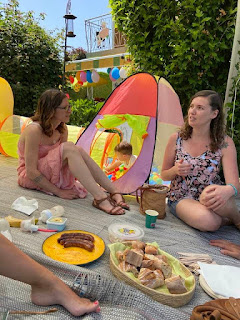