I'm still plodding on reading the Robert Kennedy Jr. book at the moment - I'd guess I'm about 75% of the way through it. It isn't an easy read and while some chapters kinda blow my mind, others feel like I'm wading through molasses. But, the reason I bring it up here is because - well I don't know if you remember but when I first mentioned that I didn't intend to get the covid vax it was because I had ended up in hospital after having a violent reaction to a Hep B vax in my 20s. It was so long ago that I actually don't remember if I was in any pain but I do remember that my entire face and body were covered in what looked like blood-filled blisters. They released me from hospital after 24 hours because my boyfriend at the time was a doctor and knew what to keep an eye out for, but to say it wasn't a romantic getaway would be an understatement! When I got back home I spoke to my own doctor about what had happened and he said "oh, it was probably a reaction to the adjuvant" (not that I had any idea what an adjuvant was)! Anyway, the upshot of that experience was that I haven't taken a vaccine since. I mention the Kennedy book again here because in the chapter I'm currently reading he mentions that thimerosal (sp?) - which was basically ethylmercury and highly toxic - was used as an adjuvant in the Hep B vaccine (and others) at the time. I read somewhere that it's use was eventually banned in paediatric vaccines in western countries from 1986 (but couldn't find the reference again), and drastically reduced in adult vaccines in the west from 1993. I had my shot in 1983 (as a precursor to my six-month trip around Australia), so I'm now wondering if my reaction was due to mercury intoxication. Huh, makes you wonder right! Either way, it wasn't fun!

In other news, I keep getting pop-ups in my email and on my FB page offering special deals for the kind of solos holidays I used to go on pre-pandemic. After spending the evening in Les Gets the other week I realized how much I had missed getting away, and in particular getting away to the mountains in the winter, so I think I might take a look at what is on offer by way of a skiing holiday locally and possibly treat myself to a few days away. Of course the situation here is so up and down with this bloody pass that nothing might come of it, but it's nice to dream a little and maybe look forward to what I should be able to do when this whole pass situation gets dropped - as it will have to eventually. In fact André sent me a message this morning to say that he had had a zoom meeting with work this morning and his Director (who, given his job, should be in the know), was saying that the Swiss are considering dropping the whole vaccine passport issue maybe as early as mid-February. From his mouth to God's ears (and to Macron's - who just thinks he's God)!

But talking of Youtube or FB making suggestions based on what you've recently looked at (Big Brother really is watching you, ya see), tonight Youtube suggested a post by a French Canadian who went off on the most amazing rant about Justin Trudeau. The rant aside, by god it was something else trying to follow his accent - I just loved it! I guess I'm more used to French African accents than French Canadian accents, but to listen to a full throttle Quebecois rant tickled me to bits - more for the accent than the content!

Then the other night I decided to attack one of my wasgij puzzles (jigsaw puzzle - backwards), so I put on the final series of After Life, for a binge watch. I'm not a particular fan of Ricky Gervais but I kinda enjoyed the first two series. The third (and final) series? I'm not so sure. While I don't mind bad language I just found the crude characters way too vulgar in the last series. That being said, I enjoyed it but think it was right to end it after that! Just my opinion though!

And finally, there was an article in the local newspaper this week about Stan's son, Samuel, who will be representing Nigeria in cross-country skiing at the upcoming winter Olympics. I think he was a possible selection candidate for France a few years ago but sadly fell and broke his shoulder, thus putting paid to any chance of competing for France. So Samuel applied for and was granted Nigerian citizenship (in addition to his French citizenship) and will now quite possibly constitute the entire Nigerian team and flag bearer at the opening ceremony. He is a lovely kid (as are all Stan's children), and oh how I would love to see him make the podium. My fingers and toes are crossed so hard I may well freeze in this position and never walk again. Please, please, please - go Sam! 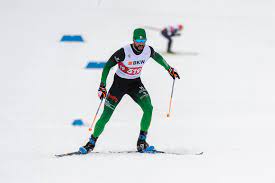 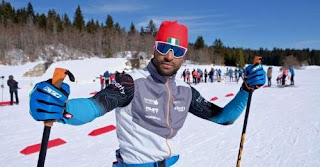