Things are starting to move again around here, starting with the weather, which has finally hit the kind of temperatures we would normally expect this time of year. Would you believe last week we only managed 16°C (60°F) and it rained all day? I mean, by the time August gets here we're usually desperate for the 15th to roll around in the hope that it might start to cool down a bit, but this year? Not a bit of it! Well that was until this week when we've finally started getting up to about 33°C (90°F) - even though this time of year we'd normally be hitting as high as 38°- 40°C. Still, I'm not complaining about missing those temperatures!

The people showed up to André's new place yesterday to install the kitchen and need to come back tomorrow to provide the finishing touches and then he's pretty much set to go. I think he's talking about moving out good and proper on Friday night, but there's no rush as he can stay here as long as he wants, obviously. Still, nine months of having him here hasn't been bad at all and he was able to save up a good amount of money, which has allowed him to get pretty much everything he needs for the apartment. I guess it's sod's law though that today was the day we ended up moving most of his stuff out of my place - and also the hottest day of the year so far! We had a pretty good removal system going between the two of us but given that my house is on four floors I was a sweaty mess by the time we'd got most of it loaded up into our cars! Still, his place is lovely and we got to sit and enjoy a beer on the balcony when we were done (for as long as we could stand it, because the sun was scorching)! First thing he's gonna have to buy tomorrow will be a couple of parasols for the balcony because we could barely open our eyes, it was so bright! So tomorrow we're off to IKEA, Geneva, to have a shufty and pick up some smaller decorative items! I love going to IKEA, but I also love leaving the place as it can be so tiring - that's if you can even find your way out of there. Very crafty bit of consumer-promotion that - make the buggers keep walking round and round until they promise to buy something if only you'll let them leave! 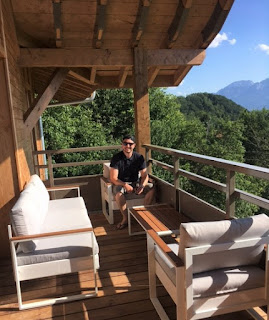 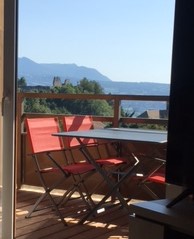 My ex was supposed to be arriving here to meet Charlie for the first time on 25th August, but when I commented to André that his dad would love his new place he told me that he wasn't coming, but was pushing his trip back to next March! Say what???? Although he has had both vaccinations it turns out that he can't provide a "QR code" to prove this and so would not be allowed to land in Switzerland (although crossing the border into France is usually not a problem)! When I asked how he proves he's been vaccinated in the States André said he doesn't have to (at least not in PA), nor do they have to wear masks. I don't know, I don't understand any of this any more because I thought there was some sort of equivalence to allow foreign travel to start up again - but apparently not! Who knows!

Jordan and Jen are in Brittany at the moment staying at Jen's best friend's and the weather looks lovely up there too, although it can be very windy. I'm so glad they've got to have something of a break too because it's been a tough year for them both - well, like for most people, I guess! 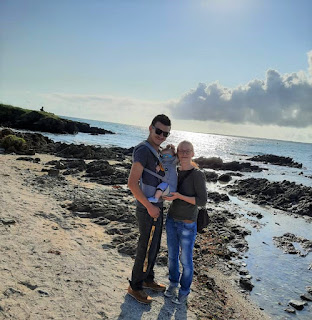 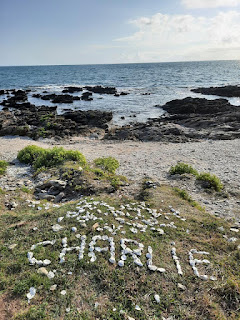 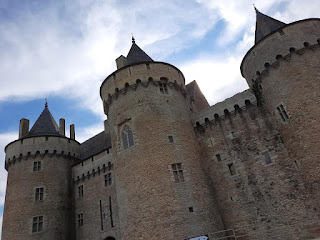 I'm starting to get itchy feet a little with the travel bug but since I won't be going anywhere until at least next spring I'll have to get back out into the mountains as soon as the weather cools off a bit, just to make it feel like I've actually done something this year! Not a lot, admittedly, but at least something! It's been about 15 months since we were supposed to go to Holland (to see the tulips) and come back via Germany, but that was cancelled because of covid of course, so I'm thinking that in a couple of months I should be getting the money back for that trip (as well as a short trip to Italy) - crikey, it's amazing how much you save when you never do anything isn't it!
My house phone has been ringing off the hook these past couple of months (I always let it go to the answering machine), when I realized the other day that my mobile phone contract with SFR (my carrier) had expired so it's probably them plugging me into speed dial so that they can sign me back up to a contract. Just out of curiosity I looked to see what they were offering by way of incentive, and did the calculations on renewing with them and getting myself an iPhone 12 at a much reduced price. But, I'm getting quite good at sitting on these things too because while I think I probably need to upgrade my phone, to be honest, I don't really care that much about phones either. I also looked into buying an iPhone through the Apple site and the prices aren't too bad there, but I think I'll leave it for a bit as my current phone is ok, even though I had to change the battery last year. And talking of phones, somehow I stumbled across a couple of Youtubers called "Payette Forward" (basically "iPhones for idiots") and they walk you through which phone settings you can easily turn off in order to not only save your battery but also to limit somewhat the apps that can track your phone usage. While I knew that Facebook was automatically loaded onto my phone when I got it, I hadn't realized that the FB tracker is defaulted to "on" when you get your phone. So they explained that by turning this one particular setting "off" (and loads of others), you can not only save your battery but also afford yourself just a tad more privacy, although I know darn well Big Brother is constantly watching of course. I tend to use my computer rather than my phone for FB but oddly enough, since I turned off this app setting on my phone, I'm now getting the weirdest suggestions of "sites you might like" when I log into FB on my computer! Half the bloody things seem to think I'm some kind of cycling fanatic and could give a toss about where the latest races are or what the best deals on bikes are! Well I guess, if Big Brother is watching me at the moment, he must be slightly drunk, because I can't block these cycling ads quick enough!
And finally, whenever someone mentions a book, a movie or a series that they've enjoyed I write it down for "the times when I can't think of anything better to do" .... which will most likely be more often now that André is moving out. So with that in mind I started watching The Kominsky Method on Netflix and I have to admit it's growing on me. I've never been much of a fan of Michael Douglas, but the writing is very clever and I think Alan Arkin (so far) has just stolen the show. To be continued, I guess!
Posted by Treaders at 22:22