Well on the the eastern front (of France) at least, things are pretty quiet here right now. Schools have broken up and I'm guessing there has been the usual mad dash down to the beaches of the south of France - although I wouldn't know because I haven't been following the updates on the traffic exodus as I'm not going anywhere. My friend sent me a message and asked if I wanted to go walking today so I suggested the Lac Bleu as a good part of the walk is shaded and she'd never been there before. Well it was a great hit! There are several lakes which seem to be designated as one for the kiddies (the Lac Bleu), one for the kayakers/pedaloes (not sure what that's called) and a third lake called the Lac aux Dames - which is where the fishermen get to fish in peace. And it was glorious. I guess because it's not on the beaten path, even now, in the middle of July, there was plenty of room for everyone. It was just as well we were able to walk in the woods for a good part of the way though because it was 30°C (86°F) and at altitude the heat hits you like a laser. Thankfully I remembered to put sunscreen on before I left so I don't feel too bad now, although I am a little burned, but as we were out from 10.30 a.m. to 4.30 p.m. I'm pretty tired and sweaty too. Still it was good to get a few km under my belt for a change! 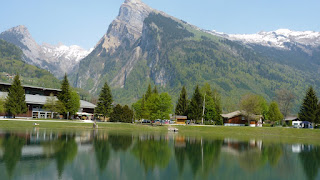 My friend has been very good about getting out and walking since she was hospitalized in February (with the pulmonary embolism) and she's managed to lose 16 kg (35 lb) by being both very disciplined and active. She puts me to shame actually because I have no willpower when it comes to dieting, but we've decided that we will keep up the walking now that the good weather has finally arrived and will aim for some higher altitude walks come September and the cooler weather!

Jen went back to work on Tuesday after her maternity leave and she said it was nice to be back. Tomorrow is my first day of taking care of Charlie and she just called because the crèche told her he had a bit of a temperature. She's not too worried because it's hot and he sounded really chipper and babbling away when she was on the phone. I told her she'll have to show me how to take his temperature when I get there just in case and she couldn't believe I had never taken my kids' temperatures, but nope, never, not once. In our house it was always "put your hand on the kid's forehead" and it was either "hot" or "cold". The French do seem to have an obsesssion with taking their temperature though and when someone would tell me theirs was "38.5" or whatever I would just stare at them blankly. Still, he's little and I will happily take his temperature if he's cranky, but I reckon he's also cutting a first tooth as he is chewing away on his fingers and dribbling up a river!

Then the other night I watched another short Sarah Millican clip on Youtube where she was talking about sex education for children. She makes no bones about the fact that she never wanted children so was trying to remember how "the birds and the bees" was taught when she was a kid. There was a well known nurse (at least I think she was a nurse) in the U.K. called Claire Rayner who published (amongst other things) a book called The Body Book around 1977 which was used many moons ago to explain to kids where babies came from. Of course she made a whole comedy sketch out of it but what really tickled me was one of the comments under the video. One lady said she was trying to talk to her little boy about "how you grow up to be a big boy or 'a daddy'" and she opened the book to a page that showed a drawing of a naked male child next to a naked adult male, complete with hair in all the appropriate places. When she finished the little boy ran to his room sobbing, so thinking he'd been completely traumatized she explained to him that it was okay and that all little boys grew up to be big boys. And that's when he blurted out "but I don't WANT to have a moustache" and was inconsolable for the rest of the evening! Tickled me no end! 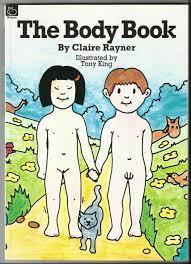 My neighbours came round on Sunday with their granddaughter's old crib for me to have here for Charlie, so after washing the mattress cover I reckoned I could use the scrubby old sheet as a pattern and make brand new fitted sheets out of fabric that I'd bought. Well, it was ok but talk about a botch job! I'm apparently a great believer in "that'll do" when it comes to sewing but I did at least manage to make an elasticated sheet that fits the mattress with quite a few sins being hidden underneath! I also managed to screw up a new duvet cover. Seriously? It's a rectangle of fabric sewn together on three sides, but somehow I managed to cut it way too small and ended up having to sew strips back onto one end and hide that bit underneath too. Now all I have to do is figure out how to use the bloody press-stud inserter. It looks like a mediaeval instrument of torture and I've screwed up the studs on spare fabric three times already. I think at some point I'm going to have to admit I'm just not cut out for this sewing lark. Still, at least the bed is clean and fresh, and looks quite pretty, as long as you don't look too closely!

And in order to make room for the crib in the spare room I've been sorting out yet more stuff. Damn, I knew I'd got lots of sweat pants but seriously??? It seems like every time I went to England to see my mom I bought new workout clothes, because everybody knows all you have to do is put them on and you lose 10 lbs right? No? Crikey, if I lost 10 lbs every time I bought a new pair of sweat pants I'd disappear down a drain hole. They won't go to waste, of course, because I live in the bloody things in winter, but to have that many exercise clothes in drawers in the spare room - what can I say? Move over Jane Fonda, my time has come!