Our first stop on leaving Kandy the next day was to visit the Botanical Gardens in Peredeniya. I remember when we were in Mauritius many years ago we visited the botanical gardens but made sure to hire a guide and it was so worth it. There were so many things we would simply have missed without her knowledge and the smell of the tree bark she handed to us to sniff has always remained with me - it was what they made Old Spice aftershave out of!

Anyway these gardens were very different from Mauritius - less "intense" to a degree because they were more spread out, but still very, very beautiful. But crikey it was hot! And we saw a whole gaggle of little school kids dashing about playing tag while we were all hopping from one shady spot to another! Still, it wouldn't do if we were all the same would it! But the gardens were truly amazing and it was here, apparently, that Earl Mountbatten often stayed during his time as "Supreme Commander of Allied Forces, Southeast Asia" during WWII! 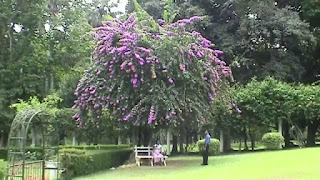 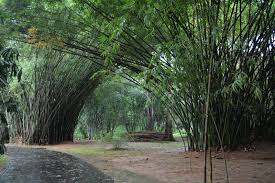 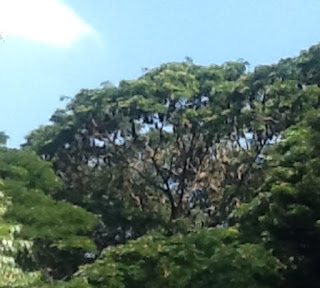 That's not a very good picture but those are actually bats in that tree - known as flying foxes! 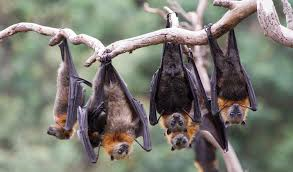 After leaving the gardens we stopped off at the Luckgrove Spice Gardens - which, again, were really interesting to me. Our guide was very knowledgeable but "weird" in an "Elvis has left the building" kinda way. I don't really know how to explain it but by the time we had gone through the tour he had asked me very insistently for my telephone number!!!! He found out that I lived in France and since he "loved France" I guess I was fair pickins'!  Not that it worked of course but he was sure gonna try! Their spice production was very much centred around ayurvedic medicine - indeed that was their biggest export - and towards the end we all got a short massage (designed to make us buy stuff I guess) that was really great. They used a kind of "hot" oil for the massage and my neck and legs really did have a lovely warm glow after the massage (or it could just have been the handsome young man that was massaging me!). I bought a few items but I was happy to do so anyway because that is an area that really interests me! 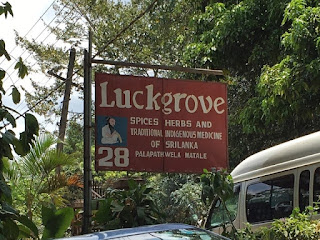 Before heading to our final destination of Unawatuna, we stopped off at a small tea plantation. Now frankly this didn't interest me so much because "tea" - you know - but the tea they served us at the end of our visit was actually quite delicious and very refreshing (and not a jug of milk in sight)! They showed us how to drink it with "jaggery" - basically raw sugar - but they don't drop it in the tea they dip it and then take a bite. Either way it was delicious!

But the thing that really caught my attention was when we left the tea plantation we passed a flatbed truck going in the other direction … on top of which was an elephant being transported further inland! Our guide explained that elephants are working animals in any case, but to see an elephant being transported as we would see a cattle truck was really weird. I guess it's the little things that stay in your mind isn't it!