As I was saying in my previous post, this week has been one helluvan expensive week, but I am more than cognizant of the fact that I am lucky enough to work in Switzerland and can afford to replace/repair stuff. This was brought home to me by a programme I was watching on Channel 4 the other night called "Britain's Benefits Crisis"! This was a serious programme, not one of your usual "all benefits claimants are scroungers" programmes that - while these people certainly exist - is really only rabble-rousing TV. No, this programme took a serious look into the effects of the new Universal Credit that has begun rolling out in the UK. It is supposed to be an easier system to use, rolling various benefits into one, but whose aim, admittedly, is to cut the UK benefits bill and get more people back into work. I don't live in the UK and don't claim any benefits (obviously) so I would be the last person to really understand how the UC is supposed to work but this programme interviewed claimants as well as people working within the system to administer this programme and the overwhelming majority of those people said that the roll out should be suspended until it could be better implemented!

They then proceeded to highlight several cases of people who had been hit really hard by the UC. I really can't remember all the details but one single father, who had been invalided out of his previous job, had been working as a taxi driver but switching to UC meant he had less money coming in and was in very grave danger of having to put his children into foster care. He was told by the Department of Employment that he would be better off not working if he wanted to gain back the money lost under UC - so that is what he did in order to be able to keep his children with him. Another single mother had serious health issues which prevented her from working. She wanted to work, however, and managed to find herself a job but her health problems eventually meant that she had to quit. At this point she was no longer eligible for her previous benefits but was switched to UC, which meant losing money and worrying herself into a state of eventually attempting (but failing) to commit suicide! These were not "scroungers" (so beloved of the Daily Mail) but seemed to be decent people who were having a very hard time. It was a very sobering programme for me. I know where I came from and am so very, very grateful that I don't have those kinds of worries, but feel so much for those caught in the benefits trap!

On a slightly less depressing note, a couple of friends and I had tickets to see "The Magic of Motown" in Geneva on Saturday night and it was fantastic! I would say you don't even have to be a fan of Motown (I am) as the songs just seem to take you straight back to your youth regardless. It was two and a half hours or solid dancing and singing and they were just great. I have been to many concerts in Geneva and this was the first time I had seen the arena full - with ages ranging from about 10 to 75, I would say. People were on their feet dancing the whole way through (again another first for me) and I have to say that even though I loved the tribute to Pavarotti, this one takes the biscuit!  They only sang a couple of slow songs but when the young woman went to sing "Ben" (Michael Jackson) they asked everyone to use the torch function on their phones and wave them about. Well, my phone is pretty new and I'll be buggered if I could find the torch function. I know you have to "swipe up" but every time I did that it asked me if I "really wanted to call the emergency services"! Yikes. Stuff the phone down. Try again - again with the "emergency services" business! In the end I had to give up but could you imagine the Swiss police storming in and yelling "what was your emergency?" "Well you see officer, they asked us to use the torch function and the song was almost over"!  There was an older chappie standing on the stairs near me dancing and he danced just like Mr. Bean! I wanted to go over and dance with him as I was having so much fun but I had visions of the two of us falling down the stairs at some point so I held back, but to say I boogied like I haven't boogied in ages would be an understatement! 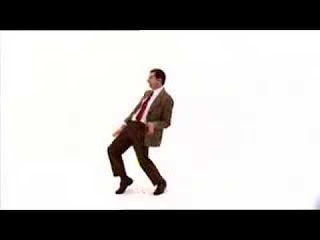