Got the monkey off my shoulder!

I didn't feel like walking today. We had a helluva storm last night and today, for the first time in ages, it was grey, windy and cold-ish. Cars coming down from villages higher up the mountain had quite a good coverage of snow and there were broken tree branches everywhere - so nah, I didn't feel like walking. But hey, I got that monkey off my shoulder - you know, the one who says "oh don't bother, just this once, it won't matter". And of course, it wouldn't matter, but I actually got off my backside and went walking again at lunchtime. Yay me!

It was too muddy to go on one of my usual circuits so I walked along the lakefront, and while it was pretty windy, it was a really pleasant walk. It definitely blows the cobwebs away and is a real mood booster. Also they usually have various exhibitions along the lake front - at the moment they have sculptures which, to be honest, are quite beyond me and my peasant heart, but previously they had photos of people from all over the world photographed in authentic, unretouched detail -  they were so interesting. OK so stopping to pour over sculptures or photos probably doesn't do much in the way of calorie burning, but at least I got out there right!

On Saturday night a friend and I went to see "Shrek, The Musical", performed by Simply Theatre, which is the under-18s theatre group. We saw them perform The Addams Family last year and they were fantastic. And Saturday they didn't disappoint either. In fact, we were talking on the way home and both agreed that we think we actually prefer them to the adult productions. Just wow, I don't know where they get their talent (or their confidence) from but they were amazing. (I have to admit to a little weakness here, but donkey could certainly have given Eddie Murphy a run for his money - couldn't find a picture on their site though. Shame!!!) 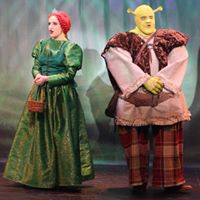 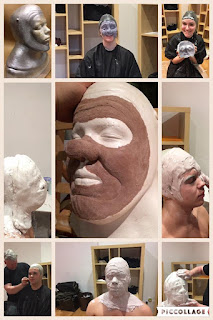 Then on Sunday I got to watch the latest match in the rugby six nations - England versus Italy. I love the six nations (England, Ireland, Scotland, Wales, France and Italy) because it is on every year and while it doesn't last long you get to see some great rugby. Sunday's match was scrappy, but entertaining, rugby. The referee was French and usually when they want to address an issue with a specific player they shout "number 10 white", or "number 8 blue". For some reason this time the ref just called out, "hey you with the beard" and five Italians turned round! I guess you had to be there but it was really funny - and the giggling from the commentary box was a real treat!