This weekend was the engagement lunch for my oldest son and his girlfriend at their place. It was also the first time for me to meet Lily's family and I have to say what a lovely family they are. I had no idea what to expect, of course. My own family are very close and down-to-earth and we laugh a lot. Turns out Lily's family are just the same - except they speak French! Well actually her mom also speaks English as she was raised speaking it so another plus.

It was a very relaxed affair where I also got to see another side of both my sons - very confident and sociable. In fact it was nice to hear from other people what nice lads they are. I knew that of course but it's nice to have it confirmed!

Lily's family are Swiss and after some debate on the US presidential candidates the subject changed to "the Swiss"! I have to say they took some good-natured ribbing very well. André repeated what I think was a  Robin Williams sketch about "the Swiss". Apparently the Swiss army is the only army in the world where the soldiers have a bottle opener as part of their knives. 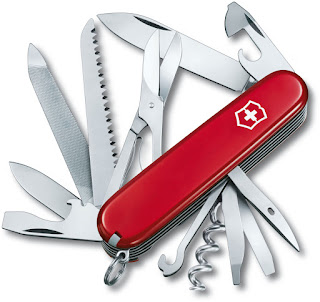 So André does this impression of a Swiss Lieutenant strutting his stuff along the lines of enlisted men saying "now men, I'm going to show you how to open a bottle of Chardonnay properly!" Like I say, they took it very well. Certainly my family don't mind having the p.... taken out of them so it was nice to see Lily's family reacting the same way (in fact, I thought dad might bust a gut he was laughing so much)!  (A propos of nothing, I have carried a Swiss army knife in my bag for over 30 years and they are wonderful!)

A bit later the boys got to talking about a recent "gig" they had done. They are in a band and while I think they are good musicians I really can't stand the heavy metal music - but them I'm an old fogey of course!  They played two nights in Germany, one in Belgium and one in the Czech Republic. Jordan was explaining that after their gig in the Czech Republic they decided they wanted to go out clubbing and found a night club down a little back street - big metal door with a spy hole in it - think "speakeasy"! Anyway, they were let in and went to the bar to get a drink. Max is actually Jordan's boss but is the bass guitarist in the band too. He is not particularly tall but being a plumber by trade and in the process of renovating his own house he is built like a tank - with the muscular, tattooed arms to go with it. Anyway, Max was out on the dance floor strutting his stuff when it finally sunk in to the others that there were no women there. Max, of course, became the centre of quite a bit of interest until it finally dawned on him that things "weren't right". Jordan then did a perfect imitation of Max scuttling back to his seat while they all sat there demurely sipping their drinks before doing a runner. 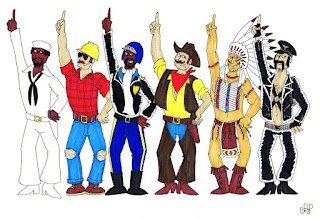 Oh, and my graffiti cake didn't turn out too bad. I didn't quite get the spun sugar right but the taste was pretty good - you just had to be careful not to break your teeth on the toffee topping!

And finally, I have a lovely Mexican colleague who sometimes forwards me funny stuff like the one below. I think I will sign OH up for "Guiding Hands" so that he can still see the cricket results on his phone while pretending to listen to me!