I mentioned in a previous post that when I was sitting at Geneva airport waiting for my flight to Greece recently my oldest phoned me to say that he and Lily had gotten engaged! The youngest was already in the process of getting "paxed" so pretty much all I could say was "crikey"! (PACS is a civil partnership in France, but they intend to get married also so both are effectively "engaged").

So this weekend Jordan and Jen invited a small group to lunch at her mom's place. Jen and her lovely girlfriend did all the work but her mom surprised them with the blue and white balloons - I thought it was lovely gesture. It was the first time I had seen either couple since they got "engaged" so I got to admire the rings too!

It was a lovely day and at one point I found myself standing outside with both couples so took advantage to shoot a short video of them all singing "happy birthday" to Ammy (grandma in the States - it's her birthday this week), and then I took a photo of the two happy couples!

Next Saturday we have lunch with Lily's parents. I am going to try to make Lorraine Pascale's "grafitti cake". My sister already made it and said it was pretty easy, and I suppose if I drop it nobody will be any the wiser - but wish me luck anyway! 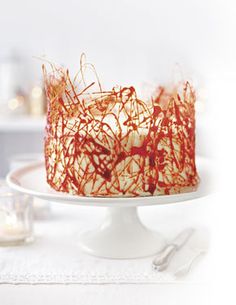 This will be the first time I have met Lily's parents too so it's all go here. Both the girls are only children so the biggest contingent for the weddings will be made up of mine and my ex' family. I was talking to my oldest about their wedding plans (they are aiming for July 2017) and they said they almost fainted when the wedding planner gave them an initial figure. My feeling is you start with that and work your way down, but I did stress that they shouldn't worry at all about not inviting people from my side as everyone will understand and it is their day after all! They can always celebrate with my family when they go over to the UK next. The other thing I pointed out was that in my opinion they don't need to pay a fortune for a beautiful "special" venue (demeure in French) because God had already seen to it for the special venue by giving us a view of the Mont Blanc from my back garden with Lake Geneva as a backdrop!

I think Lily was a bit relieved when I told them that the wedding was not about the amount spent but about the people you spend your day with. André is coming over one night this week so we can have a look at the list but I really will encourage them to whittle it down. Gone are the days when the girl's parents pay for the wedding (at least over here) and I personally think spending thousands of pounds/francs on a large wedding that neither of them want is madness. My ex and I paid for our own wedding (although both sets of parents were also generous) and I figure if you want a HUUUUUGE wedding you can go ahead and pay for it yourself - otherwise, be reasonable. It is so much better to put that money into their future - and thankfully they seem to agree with me.