My lovely mom died yesterday morning, totally unexpectedly. Well when I say "totally unexpectedly", I mean she had not been ill and seemed to be in fine fettle. That being said, she was 94 but you know, when someone has been as well as she had, I think you just don't expect them to die - I thought she was invincible. Sadly, that wasn't the case.

Whichever way you look at it, I/we were very lucky to have had her in our lives for so long. She and dad didn't have it easy, but then I suppose most of their generation had it tough. Not a lot of money, large families (not necessarily by choice) and the horror and uncertainty of living through the second world war - something I hope future generations never have to face.

We were a large family of seven kids (I am number seven) and they tragically had to cope with the loss of two of those children, one to heart problems and another to a brain tumour. Sadly, as mom once said, if they had been born today in all likelihood both of those children would have survived, but it wasn't to be.

Having had a family of my own - but only two children - I wonder how they did it. You know, the days out fishing in Stratford, piling all the kids into the car, along with the fishing tackle, the deckchairs and the calor gas stove because of course we always had to have our bacon sandwiches while out fishing. Spending a day on the river with the men fishing, the women chatting and we kids playing seemed like something out of heaven. And of course it never rained (although I suspect I may have my rose tinted glasses on with that bit). Then stopping off at the pub on the way home for a packet of crisps and a glass of lemonade, or even an ice cream in Henley if we were really lucky!

I was only little when we were all moved out of "the old end" because the houses were set to be demolished, but mom told me about the parties they would have and how the floor had to be reinforced because of all the dancing, and how, since they were the first in the yard to have a television set, all the men would come over to watch the match (it probably had one of those old circular, two-pronged aerials that someone had to hold aloft so that the others could watch the game)!

But you know, without idealizing it, those were good times. Nobody had much of anything but everyone shared and looked out for each other. Our idea of heaven was jam sandwiches and a bottle of water down at the local park, and while we all came back looking like members of the ragbag gang, whenever we went anywhere as a family we were all spotlessly clean and scrubbed to within an inch of our lives.

One of the enduring memories I have of my mom is when, as a child, they would take me with them when they went out dancing. I remember the sound of the shoes on the salt that was thrown on the dance floor and how everyone - both men and women - looked so elegant and how they could all dance - not like us today bopping around with no clue! And then we would go home and I would sit on my mom's lap in the front seat (no seatbelts - health and safety hadn't been invented yet) and I could smell the smell of her face powder. That to me will always be the smell of my mom.

She outlived my dad by eleven years, and retained her sense of humour till the end. So while I am sad to lose her I count myself extremely lucky to have had her in my life for so long. At least now I know that she is at peace and back as the lovely, young woman she once was and with my dad in that great dance hall in the sky. 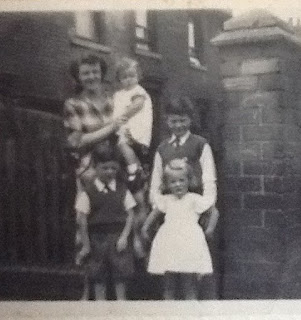 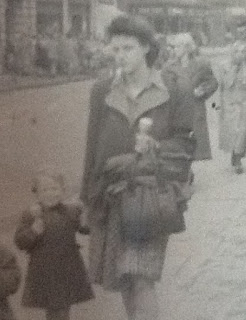 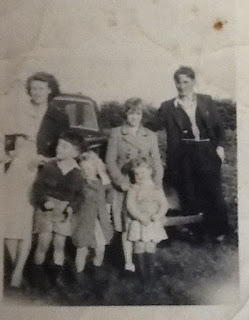