For as long as I can remember, I have been passionate about travelling and seeing the world.  I have no idea why.  Maybe a few too many documentaries on TV when I was growing up about all the wonderful sights there are to see.  I left England at age 21 to work in Geneva, Switzerland.  Now that alone is a sight worth seeing. I have to admit I was a bit upset flying out because I had a job in the UK and a lovely boyfriend, but I had to put my money where my mouth was and take this job that had just been offered to me in Geneva - I mean it was only for five months right!  Well as you can imagine, it didn't quite work out the way I expected.  Over 30 years later and here I still am (with a few detours over the years).  I remember flying in over the mountains and all my sadness about leaving the UK (well the boyfriend really) just evaporated as the mountains were so beautiful, and again, more than 30 years later, I haven't changed my mind about that -they are still stunningly beautiful. 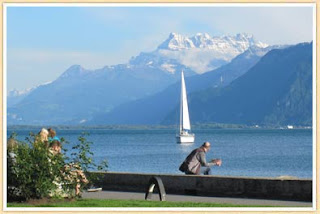 When I first came to Geneva I had the money and the generous holidays to continue to travel (along with a new boyfriend who also wanted to travel!!!! Oh fickle heart).  But fast forward a few years and I ended up marrying someone else - oh double fickle heart).  We ended up moving to Washington, D.C., on to Pittsburgh and then had the chance to move BACK to Geneva and jumped at it.  Two children later (now grown), one ex-husband (now thankfully out of my life) and here I am, 35 years later again on my own and looking to travel.

I must admit when the ex left I was 51 and while I couldn't have cared less about him shacking up with his tart, it felt a bit weird being "fat, 50 and menopausal" and suddenly on my own.  I thought that was it, I would end up like Psycho's mother, totally content in my own company, to be found dead in my rocking chair, book in hand and covered in cobwebs.  Well let me tell you, not a bit of it. 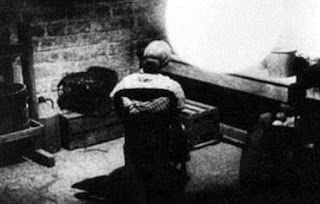 My friends egged me on to try internet dating (what the f***!), which I did and had a very good experience despite my misgivings (but I suspect that is the subject of another blog post).  But what I did miss was travel.  I now had the kids off my hands, the time, the money (if I was careful) but no-one to travel with, and I was not really that thrilled about travelling alone.  That is, until a colleague mentioned that her mother had been going on "solos" trips, i.e. organized group trips for people who, for one reason or another, wanted to travel but had no-one to go with.  They could be single, widowed, divorced, or even happily married but their other half doesn't want to travel.

Well I thought about looking for a Swiss group but in all honesty they would probably be flying out of Zurich and all speak Swiss-German.  Then I looked at French groups.  I was comfortable with that idea as I speak French, but then it occurred to me that if I was going to fly up to Paris to travel I may as well look for a UK group and fly out of London, and get to pop in and see family at the same time. And it was a GREAT idea, all the more so because the majority of the people on these trips are in fact Brits and having grown up with the same background we have the same sense of humour - I mean, everyone laughs immediately when someone mentions Morecambe and Wise and the André Previn sketch.

So with some trepidation, I booked my first trip to a place called Kusadasi in Turkey in October 2012, flying via London.  Now I am not shy but I have to admit I was a little nervous about it, but I felt so much for some others (women mostly) who seemed really nervous.  But you know what, over the course of the next week they really came out of themselves and people always found someone to sit with on the coach, get along with and natter to.  Some were widows who had plucked up the courage to make this trip and I don't think a single one of them regretted it.  In fact, for me, I loved the older women who had so many stories to tell.  On the flight back, I sat next to one widowed lady who told me that while her son and daughter were wonderful, they both worked full-time and that she would sometimes go a whole week without speaking to anyone.  Now how sad is that!

I am not a beach person (you can usually smell the bacon within about 15 minutes when I go on the beach) so Kusadasi was wonderful for me - all that culture, the fabulous food (and the glorious weather of course).  We got to visit Efes and Pamukkale which were just fascinating.  (As an aside, I am just so glad that the wonderful relics of Efes are safe from the mindless destruction of artefacts going on elsewhere).


For some reason, Machu Picchu in Peru held the strongest draw for me and I made it there in March 2013 - it truly was magical - that and the fascinating floating islands of the Uros, where the lovely ladies made us all dress up in their brightly-coloured clothes (with us looking like real idiots but it was fun anyway). 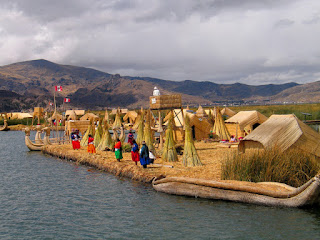 I was also lucky enough to visit lovely Croatia, the only downside being that the weather was dreadful, so not as much fun as it might otherwise have been.  Then on to Cuba in March 2015 (I wrote about that in a previous blog post) and hopefully St. Lucia in the spotlight for next March.

All this costs money of course, and it takes some saving up for.  But you know, that is my pleasure in life and I will happily do without other things in order to spend it on travel. In fact my ex once snarled asking how I could afford to travel like I did. I answered that firstly, it was none of his business as we were divorced (I didn't get a penny out of the divorce), secondly he earned as much as I did and thirdly, the €70 a week he spent on cigarettes and the small fortune he spent in the scumball bar he frequented probably made the difference between my being able to travel and him not being able to.

Anyhoo, this long rambling post was really just to say to anyone who would love to travel but doesn't want to do it alone, if you can afford it, please try it.  I don't think you will regret it.  In fact, when we were in Cuba one of the men commented on a couple who were having dinner together.  We were all yacking away and he said "look at that couple, they haven't said a word to each other all evening, and look at us"!  It brought it all home to me right there and then.  Maybe that couple were just so comfortable in each other's company that they didn't need to talk.  Or maybe they had nothing to say to each other. Who knows.  Those of us travelling "solo" had common interests and so much to talk about - he was right you know.  Give it a shot.