According to my colleague, we had the hottest June in Geneva since records began (130 years ago apparently).  And the hottest March and the hottest April.  It hadn't rained for over a month until 2 nights ago when it bucketed down for about an hour then stopped.  But the ground was so parched it all drained away in the space of a few minutes.  I mean, my grass was so painful to walk on, it was like walking on razor blades.  A couple of weeks ago we hit 40 degrees and have been regularly up between 35 and 40 non-stop ever since.  Bloody hell.  Now I know many countries routinely get these temperatures but we don't, or at least not for such a prolonged period, and while most shops etc are air-conditioned homes are not so we have to try to make do with whatever cross breezes we can get.  I'm not sure how much longer this will go on for.  They are predicting down to 28 degrees for the next few days but then back up.  Anyway, I cracked at the weekend and bought myself a 3 metre diametre paddling pool which I will be assembling this weekend and then throwing myself in. (Watch out for the tidal wave)!

Growing up in the UK I have to say I am accustomed to the cold and don't really mind the rain.  But the heat just about does me in.  And to think I even considered moving to Spain when I retire!  Much as I love Spain I think I will stay in France where I have made my life for many years now, and just tootle off to warmer climes in the winter for a few weeks.

Talking of warmer climes, now that I am divorced and the kids are grown up I am again indulging in my life-long passion for travel.  As a single girl all my money was spent on travel.  Then along came marriage, two kids and a mortgage so that kinda slowed things down, but now, with careful planning (and saving), I am aiming to take a European break every autumn - if only for a week - (summer is lovely here so why go away) and (again hopefully) a long-haul break every winter.

This March I was lucky enough to make it to Cuba for 2 weeks and what a beautiful country it is.  And while I woudn't presume to pontificate on the revolution, something definitely worked there.  The people are educated, cultivated and musically-inclined for the most part.  It really is quite amazing.  Our guide told us that higher education was mandatory (and free), as was training in music and the arts.  Add to that the free health care it was a complete eye-opener.  Of course, they are also desperately poor, something which I hope the easing of relations with the US will change.

But what a lovely country.  We spent 4 nights in Havana. Visited an amazing cigar factory, a great musical show and beautiful old town Havana. 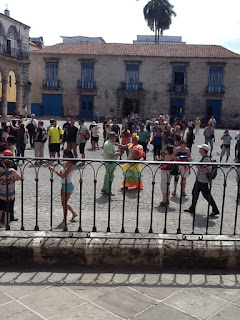 We also visited the home that Hemmingway lived in for many years - so beautiful - I mean, I really want that life.  He split his time between his lovely home and a hotel room in central Havana.  Must have taken a few $$$$$$ but absolutely stunning all the same. 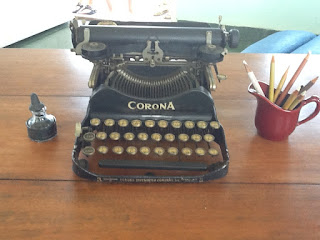 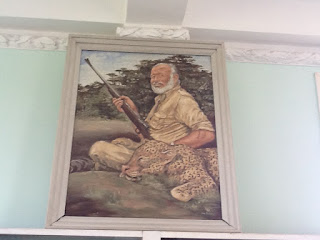 We then spent 3 nights in a place called Cienfuegos.  Not the greatest of hotels but it was here that we got to swim with dolphins.  I have to say that that experience was the absolute highlight of our trip.  We were allowed in the sea with them for 30 minutes and got to play with them with very few restrictions.  One of the trainers was a vet and he told us that he had the best job in the world, and it was obvious that the trainers just loved them. 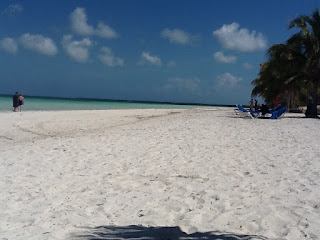 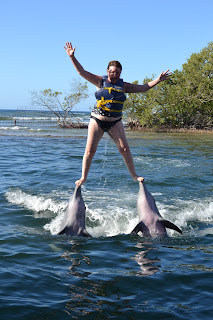 Other people we met went on different "dolphin trips" and had nowhere near the experience that we had.  It was out of this world.  We then spent 7 lovely days at a beach hotel.  Now I'm not a beach person but it was so relaxing to potter around, read, take a siesta and then watch the entertainment in the evenings.  A great way to re-charge I have to say.
I also got to meet up with a friend who had retired out there with her Cuban husband and they told me just how difficult it was with the embargo. Just trying to get her hands on her pension was a major feat.  I really really hope for everyone there that things ease up for them.  At the same time, I really hope that they can hold on to their wonderful culture and not lose it to the almighty dollar.  Who knows.  Good luck to them though.
﻿