I grew up in a large family (7 kids) in central Birmingham in a council house.  Dad was a sheet-metal worker by trade and my mom stayed at home with the kids until the youngest (me) was 11, when she went out to work part-time.  We were obviously not well off but certainly grew up with lots of love, a roof over our heads and food in our bellies.

The food of course in those days was nothing fancy.  There was not the limitless supply of foreign goods and even if there were, there wasn't the money.  We seemed to grow up on endless variations of potatoes in some form or another - not that I am complaining - I love em.  (As an aside, you have to admit, the Italians and the Asians were smart having pasta and rice as their staples - they didn't have to peel em!)  I hate to imagine how many tons of spuds my mom has peeled over the years!  It's mind-boggling.

Having all those mouths to feed and limited resources, needless to say mom was not an "enthusiastic" cook, and who can blame her, when that was added to the washing, ironing, cleaning and so on for a huge household with none of today's labour-saving devices.  In those early days there was also not much available in the way of fast-food - by which I mean frozen stuff.  I guess it was just starting to make its way into the shops when I was in my teens in the '70s, or thereabouts.  And while I really don't like ready-made stuff - partly because I love to cook and partly because I have the "luxury" of only having 2 kids to cater for - I can certainly understand when she took to it as a relief from the never-ending potato-peeling.

Anway, one time she had been to the shops and came back with ready-made frozen chicken pies and frozen apple pies in plain plastic wrapping and just stuffed them in the freezer.  One night my older brother was eating his dinner of pie and chips when he asked "what's in this pie mom?" To which she replied "chicken".  So he said "oh, it tastes like apple!"  Well we all just burst out laughing - but he finished it anway.  Apple pie and chips with ketchup!  So I said "well guess what you've got for desert - chicken pie and custard"!  Can't remember but he probably ate that as well.  And you know what, it didn't kill any of us either did it?  So you see: 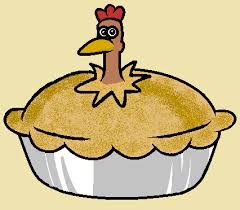 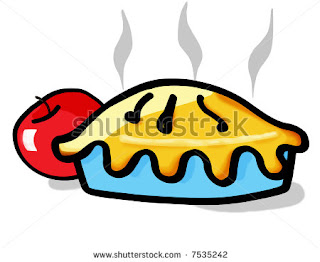 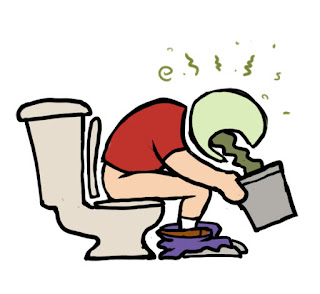