One of my favourite family stories is of "us" kids playing blind man's buff down by the river at Stratford-on-Avon.  When I say "us" I don't mean me, because I was as yet a twinkle in my dad's eye, but I mean "the others".

My parents, like many of their generation, had a large family - seven kids.  Probably not by choice.  Well to be honest, absolutely not by choice but that was the way it was in those days.  Dad was from Birmingham and Mom from North Wales but they raised the family in central Birmingham because, as mom said, "that was where the work was".  We didn't have much money but never went without the essentials of food, warmth and love.

Particularly in their younger days, my parents couldn't afford "holidays" as such but, along with various uncles, aunts and cousins, we would go off on a day trip for the men to go fishing, the women to have a good chinwag and the kids to all get together in one big group to run and play.  Happy days indeed, although frankly how they organized it all is beyond me.  In fact, I have wonderful memories of the women breaking out the old calor gas and making bacon sandwiches for everyone by the side of the river.  Ah that smell makes my mouth water even now and still brings back wonderful memories of times when it (obviously) never rained and we all had such fun.

Anway, I was not yet born but my sister tells me of the time when the kids all got together on the banks of the River Avon to play blind man's buff.  Being typical kids they didn't see danger anywhere and so they blindfolded my sister, Gill, spun her around and then all the kids darted off in different directions.  The only problem was, Gill was dizzy (I mean, that was the point), and the river was right there, so of course within a few seconds Gill had gone straight into the River Avon blindfolded.

As luck would have it, Gill was tiny and the reeds and lilies broke her fall.  The men flew over to where she had gone in and dad was able to fish her out with the help of his huge fishing net!!!!  No-one saw any danger at that age (well none of the kids at least) and thankfully all ended well. 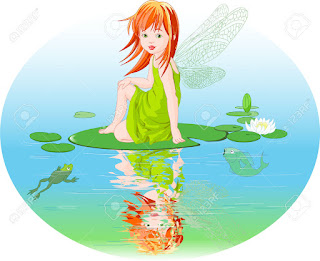 Sadly Gill died at age six, but like the little angel in the lilies, she is not forgotten. 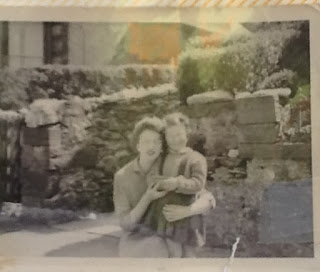